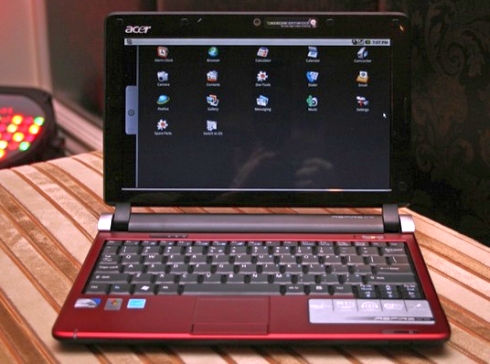 Acer is set to release a new version of the Acer Aspire One D250 soon with both Windows 7 and Google Android loaded up. You can choose between the operating systems at launch. And Acer has been busy sending out demo units to a handful of tech news sites (although someone at Acer apparently forgot to put me on the list). Here’s a short roundup of sites that have managed to get their hands on the Android enabled version of the laptop:

The long and short of it is that it looks like Acer kind of slapped Android on an existing netbook without spending much time ensuring that the hardware/software combination actually makes any sense. But hey, it’s two operating systems for the price of one… or something.