Intel unveiled the processor line in early 2018, introduced a new mini gaming PC powered by Kaby Lake G chips, and then Dell and HP released a few laptops with the processors. And… then Kaby Lake G sort of faded into the background with only a few PCs ever shipping with these unusual processors.

Now it looks like one new Kaby Lake G computer will be available in the coming weeks. 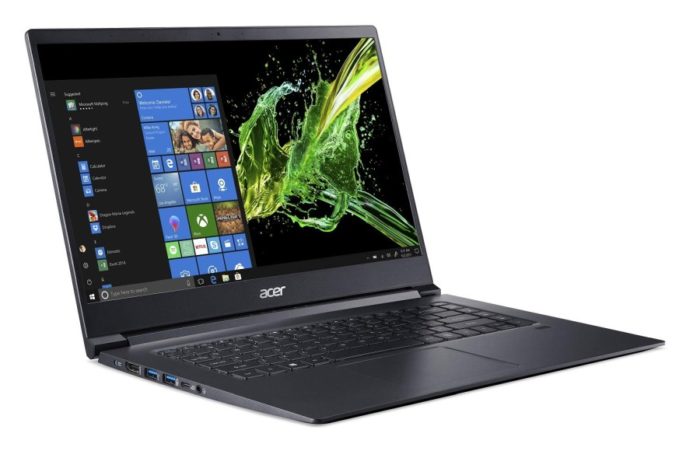 The laptop, which was first unveiled last August, is a thin-and-light machine that measures 0.67 inches thick and weighs about 3.3 pounds, despite having a 15.6 inch display.

The model up for pre-order at Amazon features a 1920 x 1080 pixel display, 16GB of RAM, and a 512GB PCIe NVMe solid state drive. It has stereo speakers, a backlit keyboard, HDMI, USB Type-A and Type-C ports, a headset jack, and an SD card slot.

One thing it does not have is a massive battery — Acer says the computer sports a 3,220 mAh battery that’s good for up to 7 hours of run time. I suspect you can probably cut that in half if using the laptop for gaming or anything else that seriously leverages its high-performance graphics processor.

Still, as one of a relatively small number of laptops to feature a Kaby Lake G chip, the Acer Aspire 7 A715-73G is certainly an interesting curiosity, particularly if you’re more interested in a thin, light, and powerful machine with a large display than one that can run for a long time while unplugged.