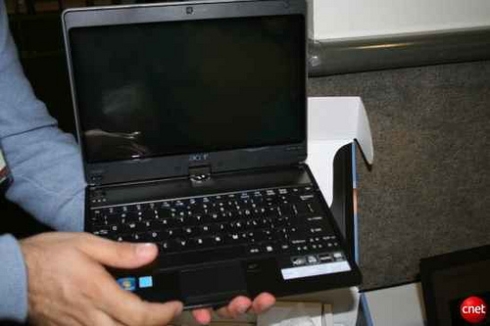 Microsoft is giving away free tablet computers to attendees of this year’s Professional Developers conference. And the tablet they’re giving away is the as-yet unreleased Acer Aspire 1420p convertible tablet-style notebook.

The PDC version also has Windows 7 Ultimate 64-bit instead of Windows 7 Home Premium. And of course, the 1420p has a touchscreen display that you can fold down over the keyboard for use in tablet mode.

There’s still now word on how much this model will cost when it’s released to the public or how the specs will differ. But you can check out some unboxing photos at CNET and find a ton of additional information at the Windows Team Blog and the Microsoft PDC page.