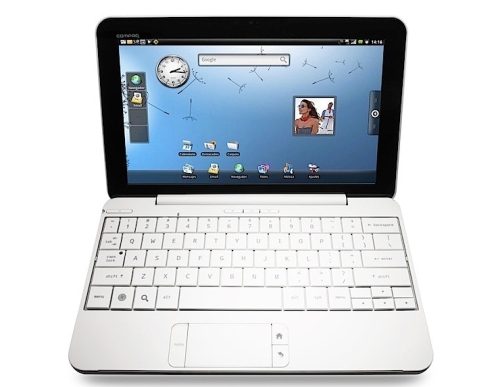 By the year 2015 we could all fly to work with personal jetpacks, the internet may have been taken down by a global virus, and people will use tin cans and strings to talk to one another across great distances (of 25 feet or less). In other words, I’m always a bit wary when someone makes a prediction about what kind of mobile devices we’ll be using 5 years from now. If someone had tried to make that kind of prediction in 2005, they probably would have missed the rise of smartphones and netbooks and the impending doom of the newspaper industry which could be changing the way we consume news online.

OK, so salt-shaker-in-hand, here’s a prediction about the world in 2015, courtesy of ABI Research. The analysts predict that 163 million smartbooks will ship in that year. A smartbook is a low-powered device with a mobile operating system. According to the ABI definition (and most other definitions I’ve seen), it also features always-connected internet access, although while I typically take this to mean 3G or 4G wireless broadband connections, ABI is willing to throw WiFi devices into the smartbook category.

ABI also suggests that smartbooks don’t have x86 processors, which is largely true today — but I’m not entirely convinced that this is a defining feature. Throw Android on an always-connected 7 to 10 inch netbook with a 12+ hour battery and 3G modem and I think it would serve exactly the same purpose as a device with an ARM-based CPU.

Qualcomm, Freescale, NVIDIA, Texas Instruments, and other chip-makers are pushing the smartbook concept pretty heavily. Lenovo and HP are expected to launch some of the first smartbooks in the US in the next few months. And if you don’t get hung up on the “book” side of things, I suppose you could make the case that iPad is a smartbook without a keyboard.

But here’s the thing about ABI’s prediction: Not a single smartbook has been sold in the US to date. Not if you accept that a smartbook needs a “mobile” operating system rather than a full-blown Windows or Linux desktop operating system and a non x86-based processor. So it seems a bit gutsy to predict that they’ll take over the world in 5 years.

On the other hand, it’s very possible that these tweener devices will fit a need that people have for something in between a mobile phone and a full sized computer. Right now, netbooks are largely filling that niche — but few netbooks come with 3G modems, and the x86-based chips aren’t really great for the always-on, smartphone-like notifications that smartbooks will be able to give you. In other words, close your smartbook to put it into suspend mode and it will still receive emails, instant messages, SMS, and other communictions and alert you with a beep, blinking light, or something else. When you put your Windows laptop to sleep, it doesn’t do much of anything.

But you know what else works like a smartbook? A smartphone.

What do you think? Are people going to snatch up laptop-style devices with smartphone-like features in addition to phones? Instead of smartphones? Or not at all?