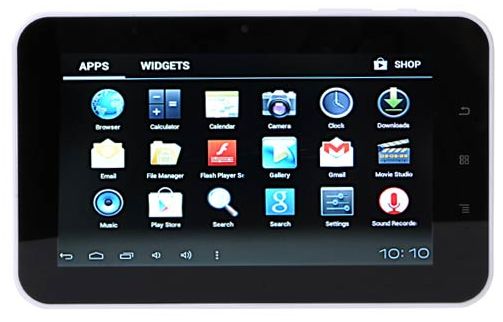 DataWind’s new tablet features a 7 inch, 800 x 480 pixel capacitive touchscreen display with support for 4-point multitouch. It has a 1 GHz ARM Cortex-A8 processor, 512MB of RAM, and 4GB of storage.

There’s also a microSD card slot for additional storage, as well as WiFi and a USB port.

While the specs might seem kind of anemic when compared with higher-priced tablets, the new tablet is a big improvement over the original Aakash, which had a 366 MHz ARM11 processor, a resistive touchscreen, and Android 2.3.

via Times of India and IBN Live