Sometimes you need more computing power than a thin and light laptop can provide, and that’s where mobile workstations come into play. But for the most part, computers in that category are still just laptops with a little extra horsepower.

The MediaWorkstations a-XP portable Threadripper Workstation PC is decidedly not a laptop. It’s technically portable in that it’s an all-in-one device with a display, keyboard, trackpad, and even a carrying handle.

But with support for up to a 64-core AMD Threadripper 3990X processor and high-performance NVIDIA graphics, this thing wouldn’t last long on battery power… so it doesn’t even come with a battery unless you opt for a battery backup system.

The a-XP is also a pretty hefty machine, weighing anywhere from 23 to 30 pound and measuring 13.6″ x 16.5″ x 7.3″. It’s portable in the sense that you can lug it from place to place, but it’s really a desktop computer that’s designed to travel.

The MediaWorkstations a-XP is available for purchase for $7,997 and up. 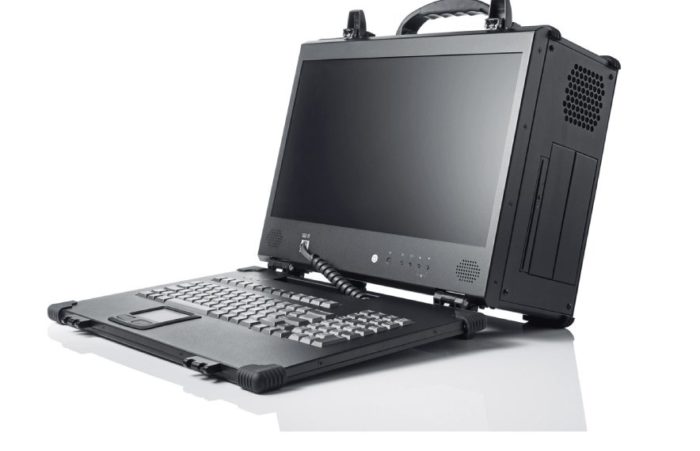 For that price, you get a luggable computer with a 24-core AMD Thredripper 3960X processor, NVIDIA GeForce RTX 2060 SUPER graphic, 32GB of RAM, 250GB of solid state storage, and no operating system.

Prices can climb well above $20,000 if you want a fully decked-out version of the a-XP with a 64-core processor, 64GB of RAM, 4TB of solid state storage and 14TB of hard disk space, plus an NVIDIA Tesla V100 GPU.

And that’s before you even start add optional features like Intel Optane storage, a network card, and other gear.

Overall, it’s impressive to see that someone took a high-power Threadripper workstation PC and made it mobile for folks that need to do some serious computing on the go… it’s just too bad that it was released at a time when millions of us are stuck at home with nowhere to go.

via /r/AMD and Tom’s Hardware