It’s been nearly three years since Amazon released a hardware update for the entry-level Amazon Fire tablet. But it looks like a new model could be coming soon.

An unannounced device that sure looks like an Amazon Fire tablet showed up at the FCC website this week. The tablet that’s most overdue for a refresh would certainly be the entry-level Fire 7 tablet, but there’s also a chance that we could be looking at a variation of the current-gen Fire HD 10. 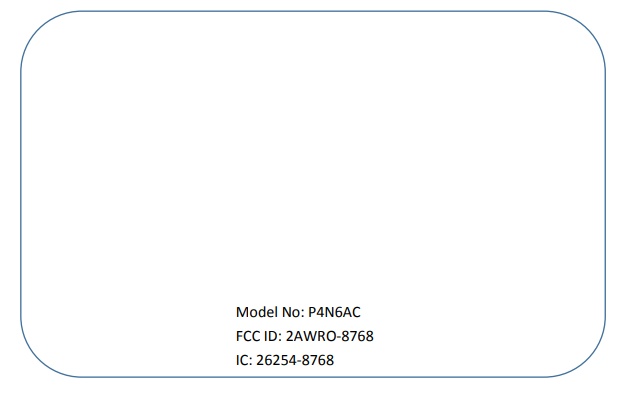 The case for this being a new Fire HD 10 tablet? The FCC documentation doesn’t mention Amazon by name, but everything was submitted by a company called Abyssal Plain, which is the same name as the shell company Amazon used to submit documents for the 2021 Amazon fire HD 10 tablet. And FCC IDs for the new listing (2AWRO-8768) and last year’s (2AWRO-8762) are very similar.

On the other hand the model numbers are further apart, with the new device labeled as P4N6AC, and the 2021 Fire HD 10 called the T76N2B.

So we could indeed be looking at a refreshed Fire HD 7. The last time Amazon released a new version of that tablet was in 2019, making it the oldest member of Amazon’s tablet lineup. The current-gen Fire HD 8, by comparison, was released in 2020 and the Fire HD 10 was last updated in 2021.

Some key specs for the 2019 model are also starting to look dated, even taking into account the fact that Amazon’s 7 inch tablets tend to be its smallest, cheapest, and least powerful tablets.

For example, all of the company’s other tablets support WiFi 5 and Bluetooth 5.0 and have USB Type-C ports, but the 2019 Fire 7 tablet has a micro USB port and tops out at WiFi 4 and Bluetooth 4.1. So it’s good to see that documents uploaded to the FCC website indicate that the new model will support WiFi 5.

While it would be nice to see Amazon jump on the WiFi 6 bandwagon, it’s probably unrealistic to expect the company to make that move with its cheapest tablet first. Unfortunately the FCC documents don’t say anything about the USB port or other specs.

Currently the Amazon Fire 7 has a smaller, lower-resolution display, a slower processor, and less memory than any other tablet in Amazon’s lineup. But it does also have the lowest starting price, typically selling for $50 and up, and often going for even less than that (all of Amazon’s tablets are discounted this week as part of a Valentine’s Day sale, and the Fire 7 is selling for as little as $35).

Here’s a comparison of key specs for each current-gen Amazon Fire tablet. Hopefully the new model will upgrade at least a few features… assuming the model appearing at the FCC website is indeed a new Fire 7 tablet. There’s always a chance it could be a different model altogether.