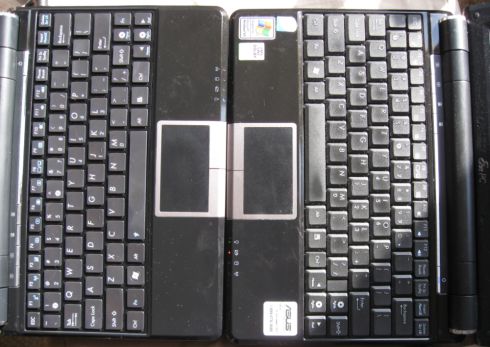 The Asus Eee PC 1000HE is virtually identical to the Eee PC 1000H netbook that Asus launched in 2008. But there are three major differences:

Visually, the only difference is the keyboard. The battery is physically the same size (although according to my postage scale, the new battery weighs a hair more than the old one). But the new keyboard uses the new Asus “chiclet” design. The keys are pretty much the same size, but the part you actually touch with your fingers has slightly more surface area. The new keyboard also features a larger shift key on the right side. And it’s been shifted to the left of the up arrow button, which should make the new keyboard much easier for touch typists to use.

I’ll share more thoughts on the Eee PC 1000HE over the next few days, and I hope to have a full review sometime next week. In the meantime, click the picture above for a higher resolution version of the photo, or check out the closeup of the new keyboard after the break.

You can read more about the Asus Eee PC 1000HE in the Liliputing Product Database. You can also order one for for $374 from Amazon 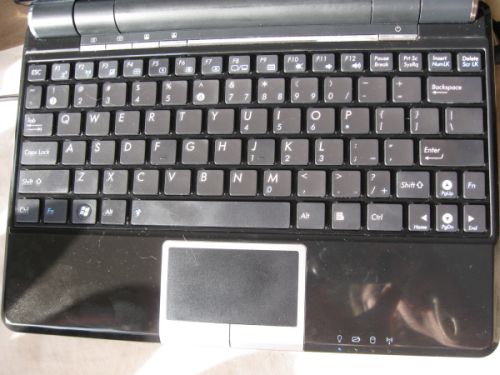