The developers of the OLO 3D Printer wanted to raise $80,000 through a crowfunding campaign for their $99 gadget that turns your phone into a 3D Printer.

A few days after the project hit Kickstarter, it had raised about $1.3 million.

It’s not hard to see why: this is probably the cheapest 3D printer money can buy, even if it’s for a product that doesn’t actually exist yet and which won’t ship until this fall at the soonest.

But it’s a rather quirky device that only works if you’re willing to set aside your phone for a few hours while your objects are being printed. 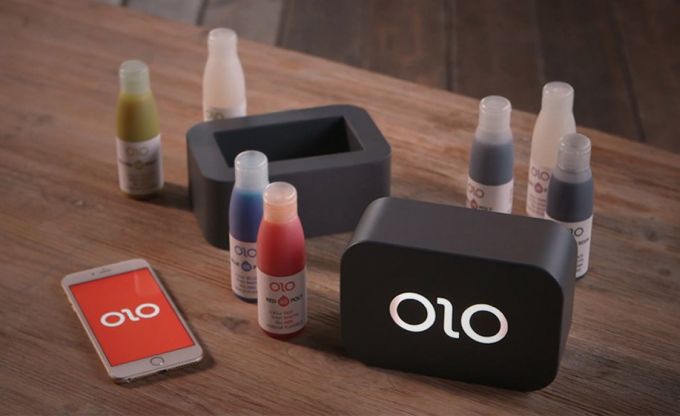 You can choose from a library of images or create your own using 3D capture or design software.

The OLO runs on four AA batteries, works with Android, iOS, and Windows phones and supports several different types of resins, all of which should be available for $15 per bottle after the crowdfunding campaign ends.

Perhaps the biggest down sides? You won’t be able to print large items in such a small box, and it’ll take a long time to print even relatively small objects. According to the OLO Kickstarter page, you can print a 1 inch object using an iPhone 6 in about 2 hours, or a 1cm (0.4 inch) object in about 46 minutes. During that time, your phone will be pretty much out of action.

While the printer itself is battery-powered, you’ll need to plug in your phone while printing, which makes sense since you’ll need to leave the display shining brightly for an extended period of time.

The developers say precision of your printed objects will also vary depending on the screen resolution and contrast of your smartphone.

10 replies on “$99 OLO gadget turns your smartphone into a 3D Printer, raises over $1 million on Kickstarter”