The CHIP is a tiny, cheap single-board computer that has a starting price of just $9 (plus shipping). Next Thing Co. launched a Kickstarter campaign for the project earlier this year, and now the team has posted an update stating that the first units are shipping to backers of the campaign. 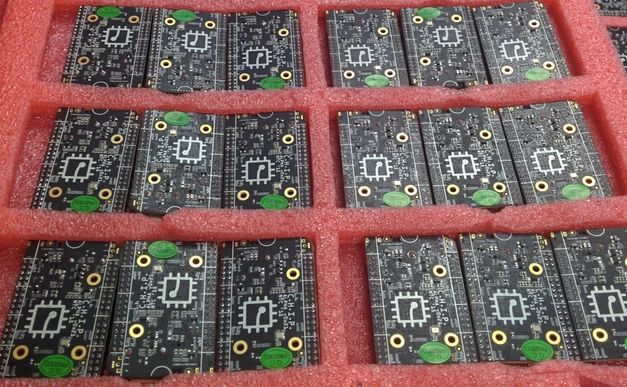 What’s shipping right now are Alpha CHIP devices aimed at “kernel hackers.” The hardware is shipping without any firmware, but there are instructions for flashing software onto the device.

In October, Next Thing will start shipping a second batch of Alphia CHIP hardware, and those units will be flashed with a buildroot image.

While Alpha units are already starting to ship, folks who pledge $9 for a regular unit will have to wait a little longer. Those models are expected to ship in January or February. They’ll come with a version of Debian Linux pre-loaded, although it should be possible to get other Linux-based operating systems up and running o the platform.

If you missed out on the Kickstarter campaign, you should be able to pre-order a CHIP from the Next Thing Co website eventually.

Just don’t expect super-speedy performance if you want to use a device with a single-core ARM Cortex-A8 processor as a desktop computer or media center PC. The appeal of a device like the CHIP is its low price and its hackability, which could allow it to earn a place in the pantheon of low-cost, low-power multipurpose computing devices like the Raspberry Pi and Arduino.