Over the past few years we’ve seen a few different dual-screen phones with color displays on one side and E Ink screens on the other. But a Chinese manufacturer called Shenzhen Hexiang Electronics (or 8SMobile) is showing off the most powerful model I’ve seen so far. 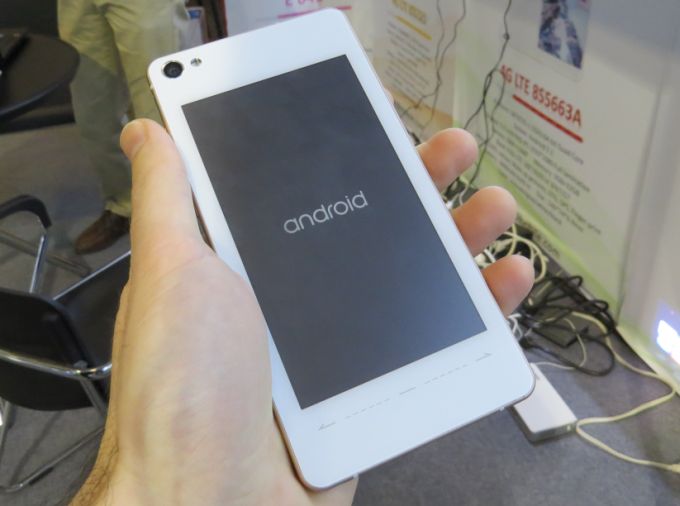 What really makes the special is the E Ink display. You can use it to display static images or show widgets for time, appointments, or other information. Or you can mirror your phone’s primary screen to the black and white screen so that you can interact with Android apps on that display.

The demo unit I saw wasn’t fully functional: the color screen works but the E Ink screen was just showing an Android logo. But the phone looks pretty great, feels pretty nice, and has nice specs.

Other features include 13MP rear and 8MP front cameras, a 2,500 mAh battery, and an infrared sensor. It currently runs Android 5.1, but the manufacturer says it will be updated to Android 6.0 later this year. 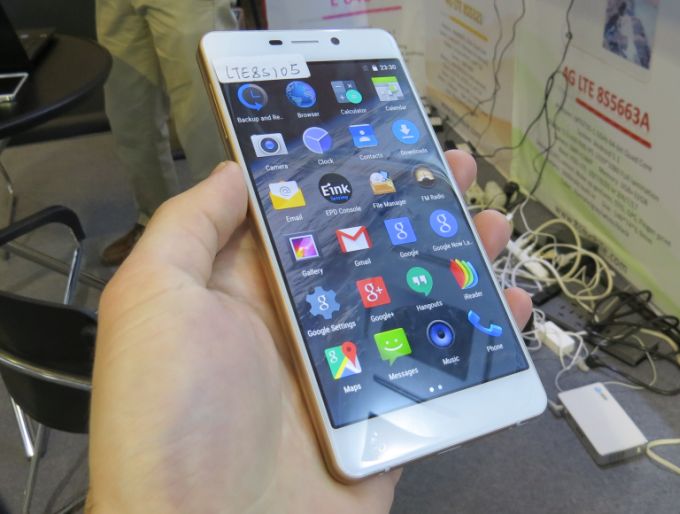 Since 8SMobile is a manufacturer and not a retailer, this phone won’t come to market under the company’s brand name. Instead, 8SMobile is at the Consumer Electronics Show this week to find partners interested in selling the phone around the world. While 8SMobile doesn’t set the retail price, a representative tells me she expects the phone to sell for about $600 if and when it goes on sale.

It will be at least a few months before the phone is ready to ship, but 8SMobile says if a company contracted with them today they could probably have the phones ready to go in March.

While the spec sheet on display at the company’s CES booth suggests that the phone lacks support for 4G LTE networks in North America, a representative tells me the phone could be configured to work in the US if a customer wanted to sell the phone in this market.

FYI, the company’s website is www.8smobile.com, but I’d recommend using caution before visiting it right now, since it seems to have malware. Google is giving me a safe browsing warning when I try, and if you ignore the warning you may be redirected to a shady website.