The 264ppi True Tone displays on this year’s iPad Pro are really, really good. There’s always room for improvement, though. Semiconductor Energy Laboratory thinks there’s enough room for another 27 million or so pixels. 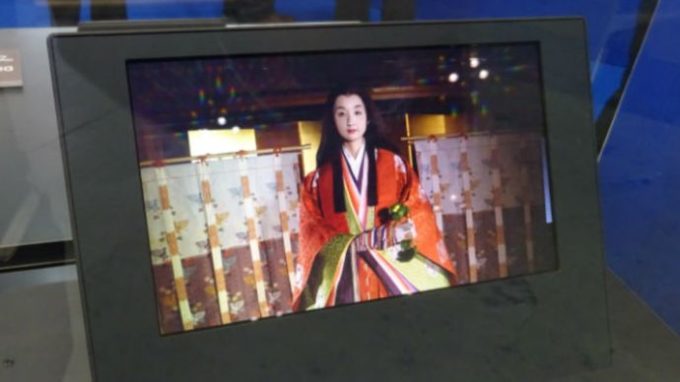 As crazy as that 663ppi display seems, things get even crazier with the 8.3-inch model. Naturally, it packs the same 7680 x 4320 in an area that’s 5 inches smaller. Crunch the numbers and you’ll come up with a density of 1062ppi.

When the pixels get crammed that close together something has to give. In this case it’s the refresh rate. The 8.3-inch display can only hit 60Hz.

These new displays are built with c-axis aligned crystalline indium gallium zinc oxide (CAAC-IGZO) technology, which SEL and Sharp first teamed up on back in 2012.

Compared to previous IGZO panels, CAAC-IGZO panels can handle higher resolutions while drawing less power. They also offer better touch performance and allows for narrower bezels — presumably much thinner than what you see around this particular display model.

SEL showed off a couple other innovative new designs as well. One was a bendable 8.3-inch 1080p display. According to the company it can handle around 10,000 folds (just over 27 per day for an entire year). They’d no doubt like to improve on that figure.

Sure, there’s plenty of excitement about foldable devices right now. It’s just tough to imagine that a device with a screen that may only work reliably for a year would be a hit with consumers.