Cheap tablets have come a long way since the downright horrible Augen GenTouch78. Today’s models are still vastly inferior to what you can get if you spend a little more money… but they’r not absolutely awful.

Case in point: Budget tablet maker Ematic is introducing a new 7 inch tablet that looks halfway decent… for an $80 tablet. 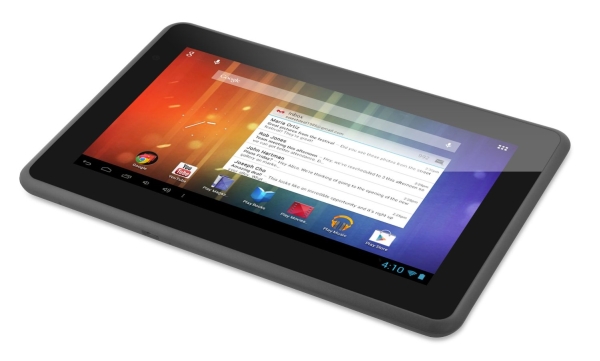 The Ematic Genesis Prime is available for pre-order from Amazon for $79.99

Most importantly, it runs Google Android 4.1 Jelly Bean and comes with access to the Google Play Store, which means you’ll have hundreds of thousands of apps at your fingertips.

There’s no word on exactly which processor this tablet has or what kind of screen resolution it features. Smart money is on a relatively slow ARM Cortex-A8 chip and an 800 x 480 pixel display. There’s got to be a reason this thing costs just $80.

But unlike some budget tablets, which aren’t enough cheaper than a good tablet like the Google Nexus 7, the Ematic Genesis Prime might just be cheap enough to justify the mediocre specs.

For $80 it could make a halfway decent eBook reader, web surfing companion, or portable video player.