The Samsung Galaxy Tab A7 Lite is a budget Android tablet with an 8.7 inch display, a MediaTek Helio P22N octa-core processor, and support for up to 4GB of RAM and 64GB of storage. First announced in May, the tablet is now available for purchase for $160 and up from Amazon and Samsung.com.

Update: The Galaxy Tab A7 Lite is on sale for $10 off during Amazon’s Prime Day sale. 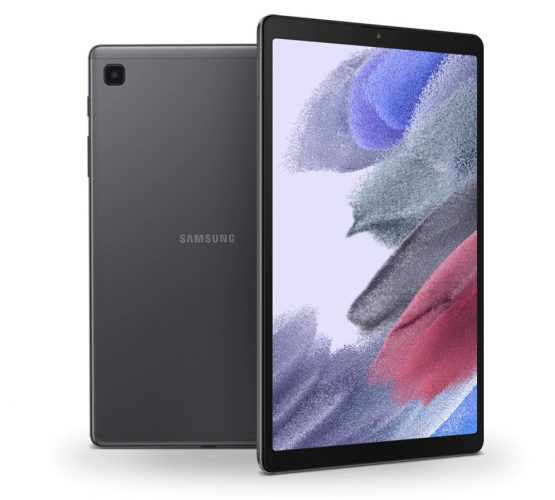 That makes it pretty close in size to Amazon’s Fire HD 8 and HD 8 Plus tablets. Samsung’s tablet has a higher starting price, but it also has a faster processor, a higher-resolution rear camera, and, perhaps most importantly, the Galaxy Tab A7 Lite ships with Google Android software and features the Google Play Store and other Google apps and services. Amazon’s tablets run a fork of Android called Fire OS and you need to do a bit of hacking if you want to install Google Play.

Here’s a run-down of some key specs for the Samsung Galaxy Tab A7 Lite: