Folks have been cramming Raspberry Pi computers into handheld cases to create their own Game Boy clones for years. But the Retroflag GPi case lets you do it without a soldering iron, dremel, or 3D printer.

The GPi case is available from Amazon for $70. 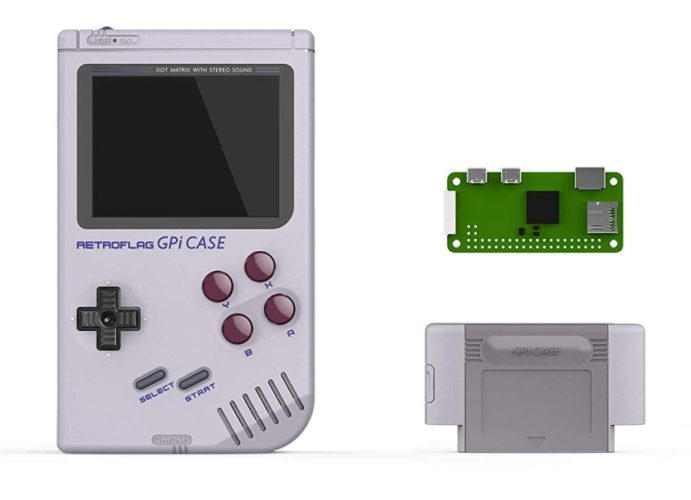 Load up your little computer with RetroPie and some ROMs, put it in the cartridge, and slide it into the case and you’ve got a handheld game system.

Want to use something more powerful than a Raspberry Pi Zero? You might be able to make one… but it takes a lot more work. You may be able to buy one in the future though.

The Retroflag GPi case measures about 5.3″ x 3.2″ x 1.3″, making it a little smaller than the original Game Boy despite having a few extra buttons and a lot more horsepower.

There’s a 2.8 inch, 320 x 240 pixel IPS LCD display, a D-pad, A,B,Y, and X buttons and Start and Select keys. And there’s a built-in speaker as well as a headphone jack, volume wheel, and screen brightness wheel.

The system is powered by three AA batteries — you’re probably going to want to pick up some rechargeables if if you want to actually use the GPi for an extended period of time. Or you can use the included DC-to-USB adapter to run from an external battery or any other 5V power source.

The little computer also has just 512MB of RAM. So while it should be able to handle classic Game Boy titles without too much trouble, you may need something a bit faster if you want to emulate more advanced game consoles.

So one hacker figured out how to make a custom cartridge for the GPi case that makes it possible to use a Raspberry Pi Computer Module 3 Lite. This computer is a little larger than a Raspberry Pi Zero, but it features a faster 1.2 GHz Broadcom BCM2837B0 ARM Cortex-A53 64-bit processor and 1GB of RAM. 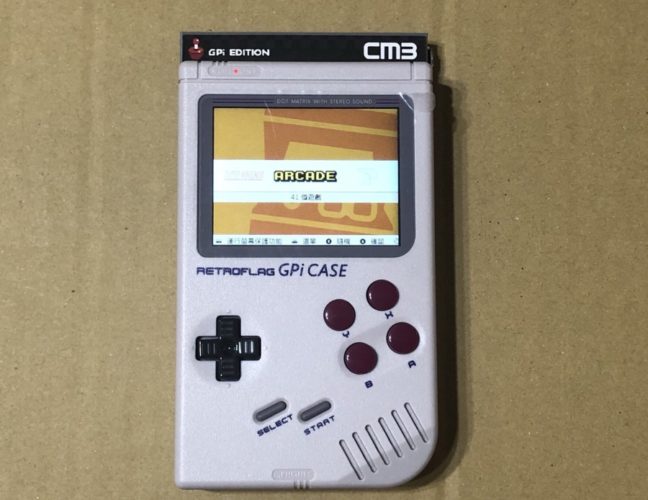 The good news is now that the developer behind the Compute Module cartridge for the GPi Case has a working prototype, the next step us to begin producing a larger quantity of the cartridges and then begin selling them to customers sometime in the coming weeks or months.

It’s worth noting that the custom cartridge sticks out from the case a bit more than Retroflag’s Raspberry Pi Zero cartridge. But that might be a small price to pay for the extra horsepower.