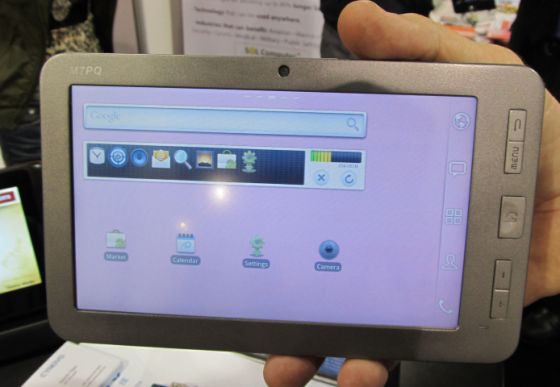 Sol Computer introduced a 10 inch Windows netbook and 10 inch Windows tablet with Pixel Qi sunlight viewable displays last year. Now the company is adding two new 7 inch models to its lineup, one with Google Android, and another with Windows.

Sol founder Chris Swanner says the tablets and netbooks have been popular with pilots and other professionals that work outdoors and in bright, sunlit environments where you really don’t want to have to deal with glare — and where a Windows device that can run highly specialized applications is a must.

This is a niche product though, and it costs a lot to add the Pixel Qi screens to a small number of devices. The Windows tablet has an Intel Atom processor, a capactive touchscreen, and a $1099 price tag — and Swanner says he’s not making a lot of profit at that level. But he’s selling around 20 to 30 devices a month. If volume were to go up, pricing could conceivably go down.

The two new tablets will have 7 inch, 1024 x 600 pixel Qi displays. A prototype of the Android tablet was on-hand at the Consumer Electronics Show, but I was told that the hardware hasn’t been finalized — the plastic case may be sturdier on the final unit.

Sol doesn’t have a working prototype of the new 7 inch Windows tablet yet, but Cynovo, the Chinese company Sol works with to build its tablets had a similar model with a standard 7 inch LCD display to show. 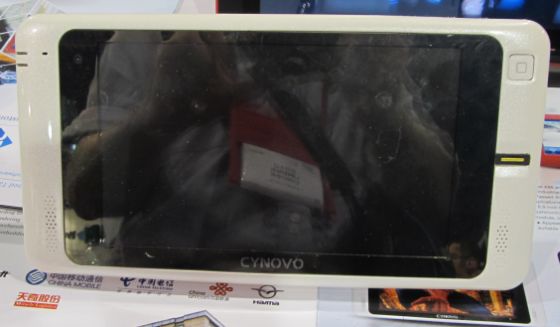 Pricing hasn’t yet been set for the new 7 inch tablets, but they’re expected to cost less than the 10 inch, $1099 model.