The 6th-gen Apple iPod touch is the first major update to Apple’s iPhone-without-a-phone since 2012. So it’s not surprising that the new model is faster than the 5th-gen version.

But the folks at Ars Technica ran a few tests and found that the new model is a lot faster. Like 5 times faster… and graphics performance has improved by as much as 900 percent.

Meanwhile the folks at iFixit have cracked open the new iPod touch to see what’s on the insides. 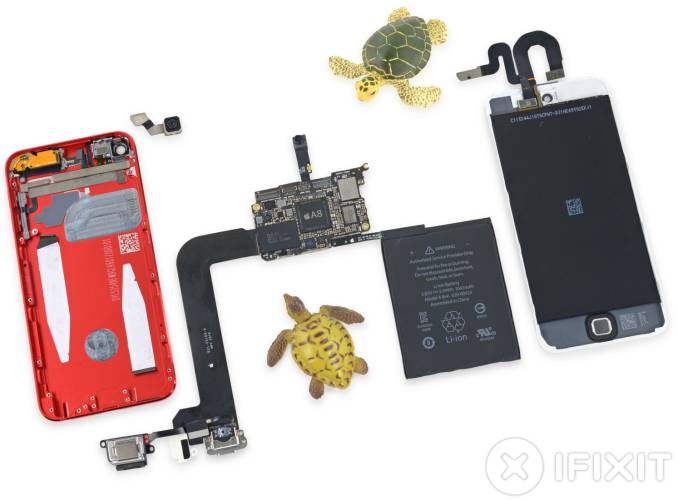 That means that while the new iPod touch is way faster than the model it replaces, overall it performs more like an iPhone 5S than an iPhone 6.

That’s still a huge improvement, especially when you consider that the starting price for the new iPod touch is still $199 for a model with 16GB of storage.