This is what happens when Intel slashes chip prices and Microsoft starts giving away free Windows licenses for small tablets: Prices fall to crazy lows.

During this week’s HKTDC show in Hong Kong, a handful of tablet makers are showing off Windows tablets priced at just $65. 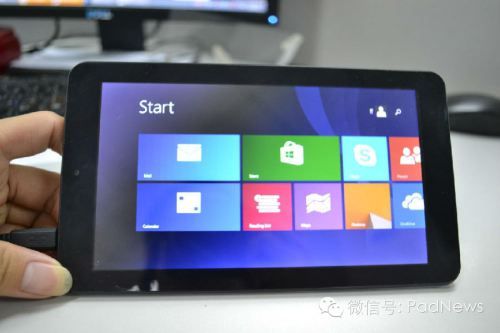 It certainly doesn’t look like a very good tablet. A picture shows that the screen has limited viewing angles, and the specs paint a picture of a tablet that doesn’t have a lot of storage space for apps. But it’s a tablet running the full-fledged Windows operating system that sells for less than the price of an Amazon Kindle.

Ployer is also showing off a $65 tablet. This model has an 8 inch screen and Intel Atom Z3735F processor. Other details are scarce at the moment.

It’s not clear if or when either of these tablets will be widely available in the United States. But dirt cheap Windows tablets are already starting to make the rounds here. The Toshiba Encore Mini 7 inch sells for just $119, and WinBook TW800 8 inch tablet is even cheaper.