There’s good news and bad news for folks planning to pick up a Microsoft Surface Pro tablet next month. The good news is that the tablet will have a full recovery partition built-in, which means you can always restore the computer to its factory default settings.

The bad news is that the operating system, default apps, and recovery partition take up a lot of space — so if you buy a model with a 64GB solid state disk, you’ll only have 23GB of free space out of the box. Customers who pay extra for a 128GB model will have 83GB of usable space. 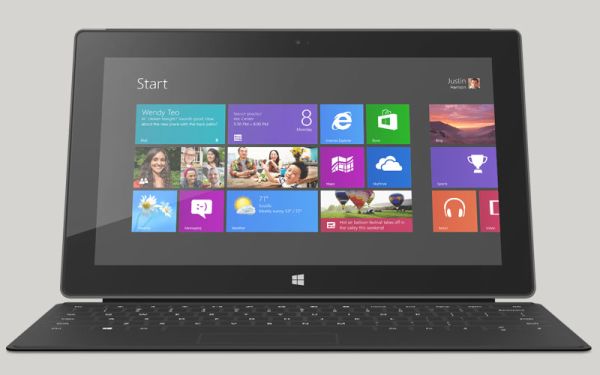 Users will be able to free up some of that space by creating a bootable USB flash drive with the recovery files so that they can delete the recovery partition.

You can also add space to the Surface Tablet by plugging in an SD card or USB flash drive.

But if you’ve grown used to iOS and Android tablets, where a 16GB model ships with something close to 16GB of space for apps, media, and data, the amount of space reserved for system software on Microsoft’s upcoming tablets might seem a bit shocking.

Then again, you can always rely on SkyDrive, Google Drive, Dropbox, or other cloud storage services for your files. That’s especially useful if you’re planning to use a Surface as a secondary computer rather than a primary PC, since it makes it easier to access your files across multiple devices.

The Surface Pro goes on sale February 9th for $899 and up.

via SoftPedia and The Verge