Texas Instruments may be scaling back its efforts to get its chips into consumer products. But the company isn’t sitting on its hands. Instead TI is aiming its next-gen chips at industrial development.

Today TI unveiled 6 new system-on-a-module designs that will be available in early 2013. They’re all basically computer boards with TI OMAP 5 ARM Cortex-A15 processors. They’ll be available for developers looking to build industrial devices and software around the new chips. 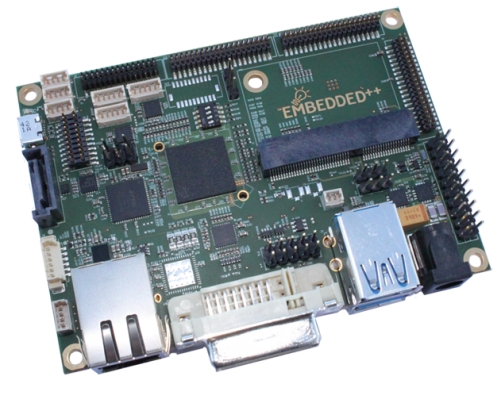 In other words, while something like the Embedded++ EPP-Pico-OMAP5430 might look like an awesome motherboard for a low power desktop computer or media center PC, it’s really designed for developers looking to build industrial hardware, not the general public.

Depending on how much these little system-on-a-module devices cost though, I imagine some hacker-types might have a good time building home theater, home automation, or other home-style devices out of them.

TI plans to showcase some of the new boards at an event in Germany this week. They should be available for purchase in the first quarter of 2013.