The Asus VivoTab RT is a 10 inch tablet with an NVIDIA Tegra 3 quad-core processor. It runs Microsoft’s Windows RT operating system, and the tablet comes with a keyboard docking station that lets you use the VivoTab RT like a laptop… when you’re not busy using it like a tablet.

A WiFi-only version of the VivoTab RT sells for $549 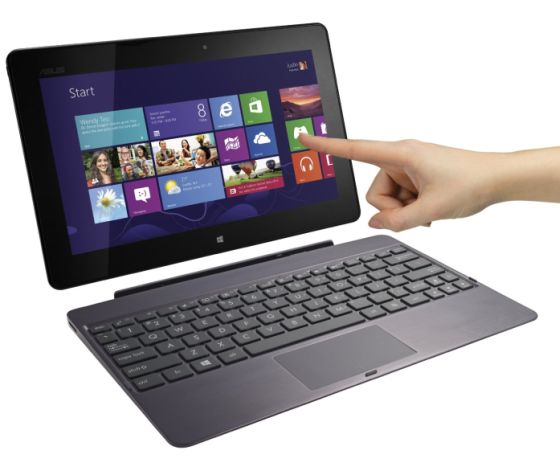 Plans can be as low as $10 per month if you’re adding the tablet to your existing AT&T Mobile Share Plan. But if you’re just paying for a tablet data contract and not a phone plan, the price will be much higher.

The VivoTab RT features a 1366 x 768 pixel display, 2GB of RAM, and front and rear cameras. It measures about 0.33 inches thick and weighs less than 1.2 pounds.

The keyboard dock has its own battery, so when you use both the tablet and the dock together, AT&T says yo should be able to get up to 15 hours of run time.

Like the Microsoft Surface RT, the VivoTab RT ships with Microsoft Office Home & Student software. But other software is a bit of a mixed bag. Windows RT tablets can’t run apps written for Windows 7 and earlier operating systems… or any Windows 8 apps that are only designed for computers with x86 processors. You can’t even install third party apps on a Windows RT device unless you download them from the Windows Store… and right now the selection of available apps for Windows RT is much, much smaller than the selection available for Android and iOS.