Roku is launching a new Streaming Stick and it’s designed to bring the Roku experience to your TV for just $50. The stick is about the size of a Google Chromecast, and just like Google’s $35 media streaming stick you can plug Roku’s new device straight into the HDMI port on your TV.

But while there are currently dozens of apps that work with the Chromecast, the Roku Streaming Stick will support 1200 internet media channels at launch. And it comes with a remote control so you don’t need to use your smartphone or tablet to find content. 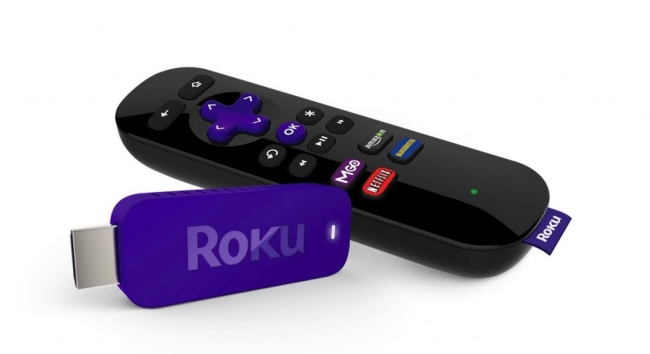 The Streaming Stick goes up for pre-order today and it’s expected to ship in April, when it will also be available in stores.

The new $50 Streaming Stick is actually Roku’s second device of its type. The company introduced a first-generation model in 2012, but at the time it had a $100 price tag and supported MHL connectivity for drawing power from supported TV sets.

Roku’s new model doesn’t draw power from the HDMI port, and instead has a micro USB port for power — just like the Chromecast.

With a $50 price tag, you might wonder why you’d want to buy a Roku Streaming Stick instead of a $50 Roku 1. The answer is that you may not have much choice soon — Zatz Not Funny reports the company plans to replace the entry-level Roku 1 with the new Roku Streaming Stick… at least at Best Buy stores.

That suggests the new stick will have feature similar to the Roku 1, including support for 1080p HD video playback, WiFi, and a wireless remote. But it probably won’t have dual-band wireless, a headphone jack in the remote, or other premium features found in more expensive Roku models.

Roku is also expected to update its smartphone apps soon with the addition of a universal search function.

The new Roku Streaming Stick will also be available in Canada for $60 and the UK and Ireland for £50.