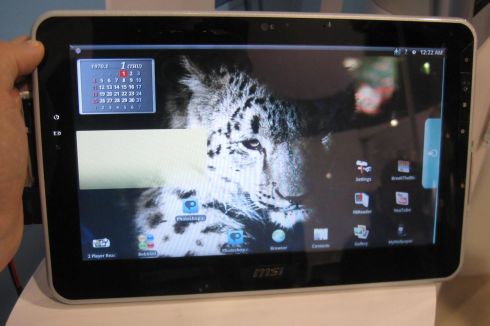 There’s absolutely no evidence that consumers desperately want touchscreen tablets that fill the gap we hadn’t really known existed between smartphones and traditional laptops. But PC and electronics makers are desperate for a new product category to market, and so 2010 is shaping up to be the year of the tablet, like it or not.

While I’m fairly certain that Apple’s much-hyped iPad is going to sell pretty well, that’s because it’s a flashy new product from Apple that has a lot more appeal than the last flop from the company. I’m less certain that the dozens of me-too tablets running Windows CE, Google Android, Windows 7, and various forms of Linux stand a chance in the marketplace. I’m not saying they won’t. I honestly just don’t know, and I’m awfully curious to find out.

But if there’s one company that has a pretty big stake in the game, it’s ARM. The company’s chip designs are used in all sorts of technology from companies including Freescale, Qualcomm, NVIDIA, and even Apple. And aside from a handful of tablets designed to run Windows 7, it looks like most of the keyboard-less tablets on the horizon will be built around ARM-based chips.

In fact, Computer World reports that ARM officials expect more than 50 tablets with ARM chips to launch this year. That’s not counting the smartphones, eBook readers, and smartbooks using the company’s designs.

If you’re wondering why you haven’t actually seen many of these devices in stores yet, it’s because they simply aren’t there yet. But by the second half of 2010, it’s likely that you won’t be able to walk into a mobile wireless store or big box electronics retail store without seeing a few tablets. The big question is whether you’ll see the same thing come 2011.

6 replies on “50+ ARM-based tablets coming this year… how many will survive?”