So you know that low-cost Pipo tablet with Windows 10 and a Qualcomm Snapdragon 850 processor we wrote about the other day? It looks like it’s just the tip of the iceberg when it comes to cheap Windows on ARM devices coming from Chinese PC makers.

Update: Make that six — Inventech is also showing off a 12.5 inch laptop with a Snapdragon 850 processor. 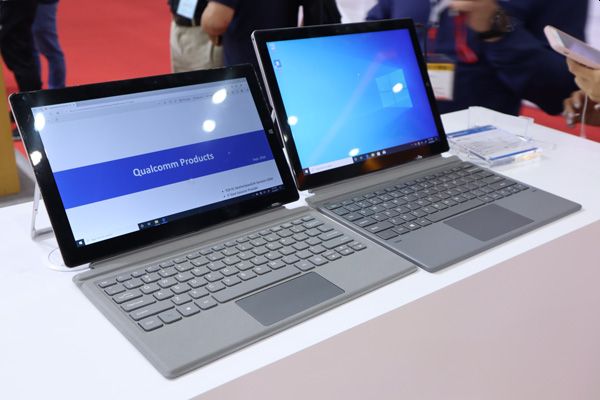 The models on display included:

All of these are products from Weibu, an equipment manufacturer that sells its products to other companies which put their own names on them. So it’s unclear which, if any, of these computers will be available for purchase soon or what they’ll be called if and when they hit the streets.

But each features Qualcomm’s Snapdragon 850 processor, which means every model supports 4G LTE as well as long battery life and longer standby time.

While that processor isn’t exactly a speed demon when running Win32 applications that require emulation to run on an ARM processor, Weibu representatives tell Notebook Italia that they’re also working on devices that will ship next year with more powerful Qualcomm Snapdragon 8cx processors (which are similar to the Microsoft SQ1 chip that will power the upcoming Surface Pro X tablet).