Microsoft started taking pre-orders for the Surface RT tablet yesterday for $499 and up. Some folks complained that the price was too high. Other folks didn’t… because apparently they were too busy clicking the pre-order button. 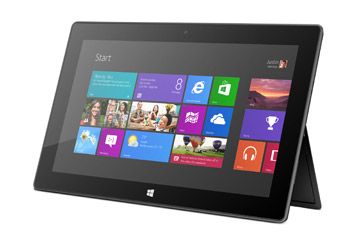 That doesn’t really tell us all that much. We have no idea how many tablets Microsoft has, although the Wall Street Journal reported this week that Microsoft plans to ship up to 5 million units this fall.

My guess is that at least a few people were happy enough with the $499 starting price to pull the trigger.

Interestingly, that’s the price for a tablet without one of its key features: the optional cover with a built-in keyboard. The $599 model comes with one of those covers, or you can buy one yourself for $120 and up.

But the Surface tablet has a lot of features the iPad lacks, including USB and HDMI ports, an SD card slot, Microsoft Office RT software, and a kickstand on the back. It should also work with a wide range of peripherals including USB keyboards, mice, cameras, and printers.

Comparing the devices is a bit tricky though, since there are hundreds of thousands of iOS apps for the iPad, while the Surface RT runs Windows RT. On the one hand, that’s a new version of Microsoft’s powerful desktop operating system, designed to run on devices with low power ARM-based processors. On the other hand, while you can technically run “Windows” apps on a Windows RT tablet, that doesn’t include older apps designed for computers with x86 processors.

But at least a few people seem to be willing to spend $499 to find out.