Google’s answer to the Amazon Echo Dot is coming soon. We first learned about the Google Home Mini from details that leaked in August and September.

Now Walmart has pretty much confirmed what we knew, and added a few new details. The retailer posted a product page for Google’s new $49 smart speaker which has since been removed. But the internet being what it is, some folks managed to download pictures and capture screenshots of the page before it was pulled down. 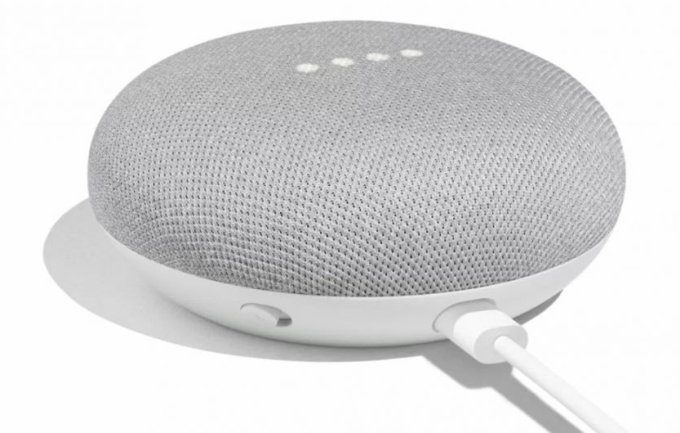 The Google Home Mini is said to offer “hands-free help in any room” by allowing you to interact with Google Assistant by voice. It can do everything the larger Google Assistant smart speaker can, but it comes in a more compact package that measures weighs less than a pound and measures about 4.5″ x 4.5″ x 4.7″ (although that last one looks unlikely, since the pictures show a device that’s wider than it is tall).

There are four LED lights that are visible on top of the device, and the Google Home Mini should be able to distinguish up to 6 different voices, allowing multiple users to share a speaker.

It’s expected to come in three color options described as chalk, charcoal, and coral… which you might know as black, grey, and a sort of pinkish red/orange color.

As expected, it looks like the Google Home Mini will sell for $49. It’s expected to go up for pre-order this week and the speaker should ship October 19th.

That makes it about the same price as Amazon’s Echo Dot, although it’s a little larger and heavier. Maybe that means there’s room for a slightly better speaker?

Google is holding a hardware launch event on October 4th, where the company is expected to officially unveil the Google Home Mini as well as other products including two new phones, a new Chromebook, and more.

via Droid Life and 9to5Google