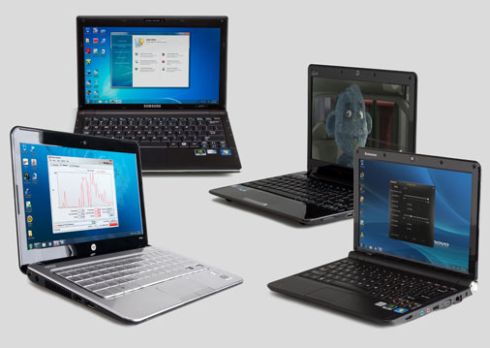 After almost two years of writing about netbooks with 1.6GHz Intel Atom N270 processors, GMA 950 graphics, 1GB of RAM, 160GB hard drives, and Windows XP, the last few months have been pretty exciting. The low cost ultraportable space has expanded to include machines with CULV processors, NVIDIA ION graphics, and there are even a few models with AMD processors thrown in for good measure. ARM and VIA should be helping to keep things interesting over the next year as well.

But it could be NVIDIA ION which has garnered the most attention. The ION platform bundles a low power Atom processor with higher performance NVIDIA GeForce 9400M graphics, resulting in low power notebooks that can play some modern 3D games and handle 1080p HD video.

There are a number of desktop computers based on the ION platform, but ION notebooks have just started to trickle out. Right now, there are four models that are either available today or coming very soon: The HP Mini 311, Lenovo IdeaPad S12, Asus Eee PC 1201N, and Samsung N510. And the folks at Laptop Magazine got their hands on one of each.

Spec-wise, most of these laptops are pretty darn similar. Three out of four have single core Atom processors and ION graphics, while the Eee PC 1201N has a somewhat zippier dual core Atom 330 CPU. But Laptop pitted the laptops against one another in battle, and found that each had its own strengths and weaknesses. For instance, the magazine’s design and ergonomics award goes to the HP Mini 311, even though they preferred the Lenovo IdeaPad S12’s keyboard.

The four computers weren’t that far apart on graphics benchmarks, but the Eee PC 1201N did take the lead in tasks that relied on the CPU, which isn’t surprising. The Lenovo and HP laptops got the best battery life, which isn’t really saying that much since none of these notebooks topped out higher than 5 hours. While 5 hours is pretty good for a standard notebook, I’ve come to expect more from a netbook.

Check out Laptop Magazine’s complete shoot-out for more details, including the name of the laptop they crowned the ION king.