LG has officially taken the wraps off the LG G2 Mini. It looks like a smaller version of last year’s LG G2, complete with the power and volume buttons on the back of the phone. But it’s a smaller and significantly less powerful phone.

Note that “smaller,” doesn’t necessarily mean small. The LG G2 Mini has a 4.7 inch screen, which means it still looks pretty big next to an iPhone, for example. 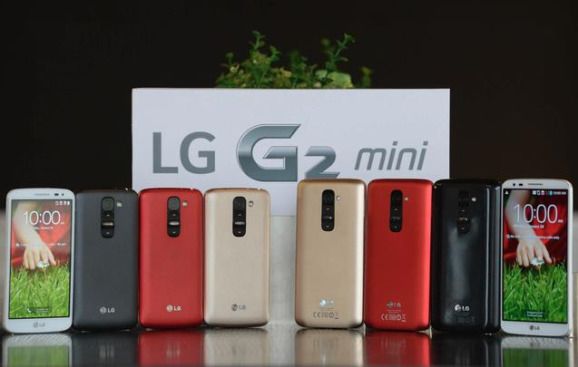 Still, the new phone is a bit more pocketable than the 5.2 inch LG G2. Unfortunately the new phone also has a lower-resolution display, less memory, and a slower CPU.

The LG G2 mini sports a 960 x 540 pixel display, a 1.2 GHz Qualcomm Snapdragon 400 quad-core CPU, 1GB of RAM, and 8GB of storage. It has a microSD card slot, an 8MP rear camera and a 1.3MP front-facing camera and it will launch in select markets in April with Android 4.4 KitKat software.

The phone does have a few things going for it, including a 2440mAh battery that’s user replaceable and support for 4G LTE networks in some countries or dual-SIM 3G in others.

CNET reports that in Latin America there will be a version with a  a Tegra 4i processor and 13MP camera.

via The Verge and GSMInfo.nl

One reply on “4.7 inch LG G2 Mini smartphone shows that “mini” is a relative term”