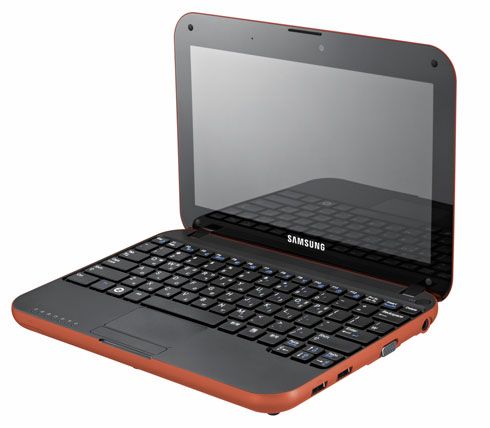 Samsung is preparing to add a 3G wireless module to the Samsung Go netbook (also known as the Samsung N310 in places that aren’t the United States). Since this is the US version of the netbook we’re talking about, I’m going to go out on a limb and assume this means that Samsung has worked out a deal with one or more US wireless carriers to bundle the netbook with a 3G data plan. There’s no word on which telecom we’re talking about yet, but AT&T, Verizon, and T-Mobile have all begun offering netbooks as part of their lineup.

The 3G version of the Samsung Go probably won’t be available until after Windows 7 is launched next month, and it sounds like the netbook will likely ship with Windows 7 Starter Edition. When I caught up with Samsung’s Jason Redmond last week, he told me the company plans to ship all of its netbooks with Windows 7 Starter, since that’s what Microsoft considers to be the appropriate operating system for netbooks. It’s not clear whether Samsung considers more powerful devices like the Samsung N510 with NVIDIA ION graphics and the Samsung X120 with an Intel CULV processor (which isn’t currently slated for a US release at all) to be netbooks, so we might see a more powerful version of Windows 7 ship on these devices.