Intel and Micron have announced a new type of memory technology called 3D XPoint that they say could offer speeds up to 1,000 times faster than NAND flash storage.

3D XPoint technology samples will be available later this year, which means we could start to see products that use 3D XPoint as soon as 2016. 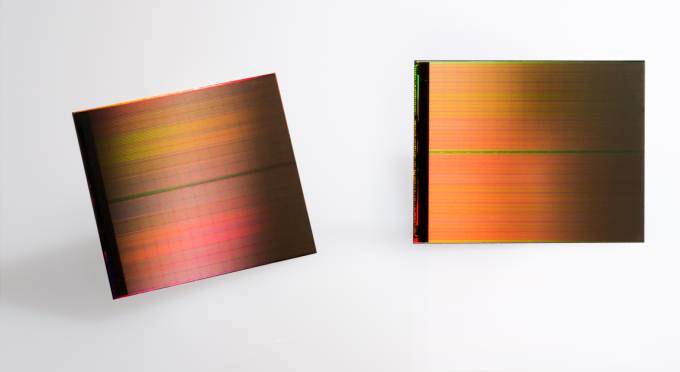 According to Intel and Micron, this is the first entirely new type of memory to be introduced since NAND flash was unveiled in 1989.

While 3D XPoint is far faster than NAND flash storage, it’s not quite as fast as today’s DRAM memory chips. But it doesn’t use transistors the way DRAM does, which makes it possible to pack more storage into the same amount of space: 3D XPoint is about 10 times as dense as DRAM.

The memory is also non-volatile: it can continue to store data even when the power is turned off.

All told, Intel says 3D Xpoint offers a fast, cheap non-volatile alternative to existing SSDs, which could increase the speed and capacity of solid state storage while eventually bringing down the cost.

Intel and Micron says 3D Xpoint also has another thing going for it: while NAND storage has a limited number of write cycles, 3D Xpoint does not. That means it could offer up to 1,000 times the endurance as well as 1,000 times the speed. At least that’s the theory. We’ll probably have to wait until next year to learn more about real-world performance (and the price).