The PinePhone Pro began shipping to developers earlier this month. And soon it’ll be available for anyone to purchase.

Pine64 has announced that it will begin taking orders for the $399 Linux-friendly smartphone in late December or early January. 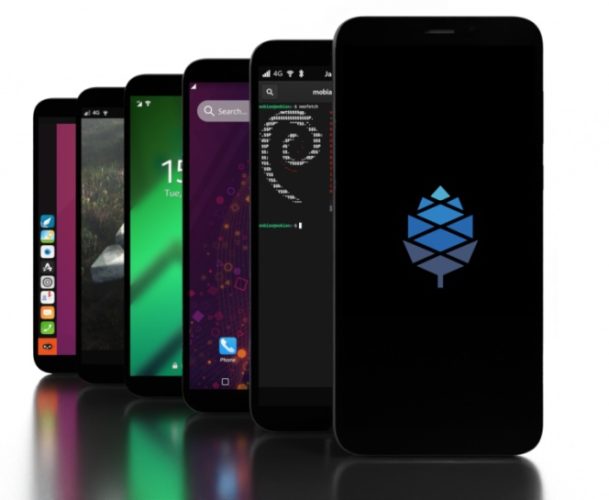 First announced in October, the PinePhone Pro is a smartphone with a 6 inch HD+ display, a Rockchip RK3399S hexa-core processor, 4GB of RAM, 128GB of storage. While those specs put the phone in mid-range territory, they aren’t the things that make the PinePhone Pro stand out.

Pine64’s new smartphone has a few features that seem like throwbacks in 2021… but in a good way. It has a removable 3,000 mAh battery, a headset jack, and a microSD card reader. The phone also has physical switches that allow you to disable hardware including the cameras, mic, headphones, and wireless features if you want privacy.

And the phone is designed to be hackable. It will ship with Manjaro Linux and the KDE Plasma Mobile user interface pre-installed, but users can install any operating system they like on the phone – it can even boot from a microSD card if you want to try out a different OS than the one installed on the built-in storage.

So far developers have ported postmarketOS, Mobian, Arch, and NixOS to run on the PinePhone Pro. Development is still ongoing, so if you are one of the first folks to get your hands on a PinePhone Pro, expect to treat the software as beta at best.

Like the original PinePhone and other Linux-friendly phones like the Purism Librem 5, the PinePhone Pro is best thought of as a smartphone for enthusiasts of free and open source software and/or privacy. Eventually these phones could present true alternatives to the Android and iOS duopoly in the smartphone space, but right now there are a lot of features that are still under development.

But compared to the original PinePhone, which is still available for $150 and up, the new PinePhone Pro has a faster processor, more memory and storage, better cameras, and improved wireless capabilities. And that could make this phone a little more viable as a daily driver smartphone… assuming there’s software available to let you do what you’d like with the phone. And if the software isn’t there just yet, then you can help test it out, file bug reports, or even join the development.

In addition to announcing that the PinePhone Pro will be available for purchase soon, Pine64 notes that the front-facing camera has been upgraded from a 5MP camera to an 8MP camera with a higher-quality image sensor. And the company has a few updates on accessories for the PinePhone Pro and the original PinePhone: