Most modern smartwatches have color displays, wireless capabilities, the ability to alert you to notifications, and support for running first-party and third-party apps.

Sensor Watch doesn’t do any of that. But it is designed to take a classic Casio F-91W wristwatch and give it a modern upgrade thanks to a tiny circuit board with an ARM Cortex-M0+ microcontroller allowing you to run simple apps. The Sensor Watch is up for pre-order for $35 through a Crowd Supply crowdfunding campaign, and could begin shipping in September. 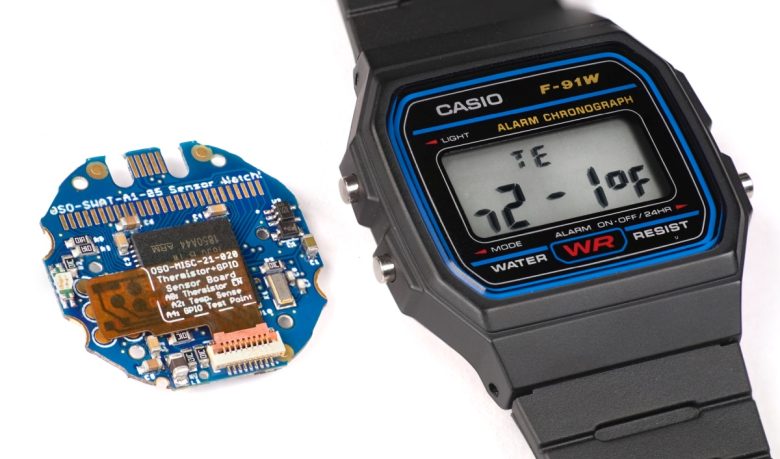 Note that the $35 price doesn’t include the cost of the Casio watch or shipping, but you should be able to pick one up for around $20 or less from Amazon or eBay if you don’t already have one. And shipping for the Sensor Watch runs $8 for crowdfunding backers in the US or $18 for global backers.

The Sensor Watch itself is a printed circuit board and sensor board. Everything else is repurposed from the Casio watch, so the finished product has the same monochrome 72-segment LCD display and the same water resistant enclosure – it should be waterproof for depths up to 30 meters. And since it lacks wireless capabilities, a 100 mAh coin cell battery should provide up to a year of battery life. 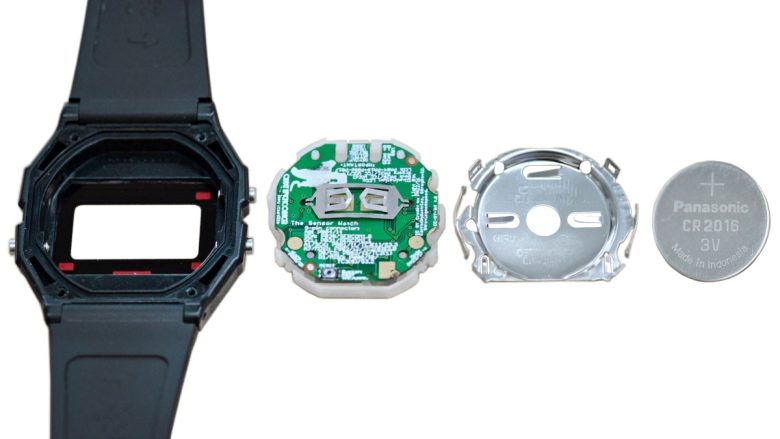 Of course, those limitations mean that you won’t be able to use the Sensor Watch for things like notifications. So what can it do? The clue is in the name.

Thanks to an integrated sensor board, it can be programmed to run applications that show data from the sensor. By default, it will ship with a thermistor sensor board that can be used to show the temperature. But the Sensor Watch is designed to be modular and hackable, so folks who want to design their own sensor boards can swap them out to add other functions. There are already open source designs for motion, light, and other sensor boards. 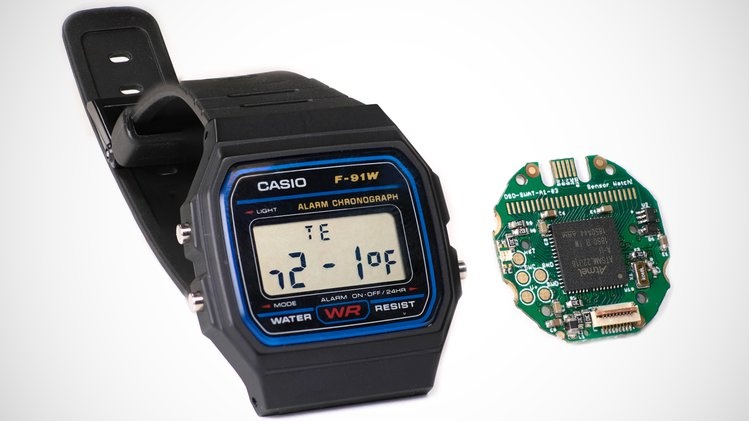 Initial apps/watch faces will include a Clock, World Clock, Temperature and Temperature Log (with up to 36 hours of timestamped data), and a one-time password app that can be used for multi-factor authentication purposes. But users will be able to develop their own apps as well.

At the heart of the Sensor Watch is a custom printed circuit board with a SAM L22 ARM Cortex-M0+ 32 MHz microcontroller featuring 256KB of flash storage and 32KB of RAM. The board has built-in USB support, which allows you to plug it into a computer like a USB flash drive for programming purposes. 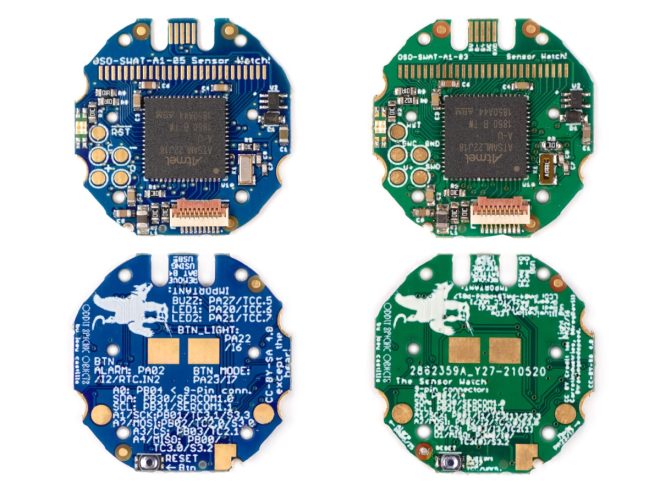 And if you need to know more about how the board is laid out, labels are printed directly on the PCB. If that idea sounds familiar, it may be because the Sensor Watch is the latest device from Oddly Specific Objects, which is run by developer Joey Castillo. Previously Castillo had released the Open Book Project, which includes several open source eReaders that also have incredibly well-labeled printed circuit boards.