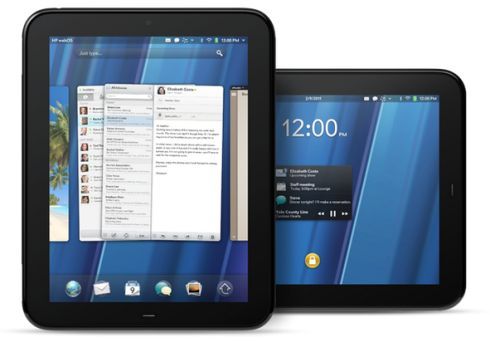 HP hasn’t announced the pricing for its upcoming TouchPad tablet line, but the folks at PreCentral got their hands on an inventory screenshot from Walmart which seems to suggest that the tablet will be priced about the same as Apple’s iPad.

The image shows a 32GB HP TouchPad with WiFi for $599. That’s the same price you’d pay for a 32GB Apple iPad with WiFi. Hopefully that means a 16GB model would run $499 or less — but at a time when other tablet makers are trying to undercut Apple’s pricing it might be tough to sell a product if the best you can offer is the same pricing as Apple offers.

It’s unlikely that Walmart will be the exclusive retailer for the TouchPad. HP will probably sell the tablet through its own website as well as through other electronics retailers. The Walmart listing just happens to be the first one to have leaked.

The price isn’t the only thing iPad-like about the HP TouchPad. It will be one of the only other tablets on the market with a 9.7 inch, 1024 x 768 pixel display. But the tablet has a few things setting it apart including a 1.2 GHz Qualcomm Snapdragon processor and the webOS 3.0 operating system. While there may not be as many apps available for webOS as for iOS or Android at the moment, HP is hoping to build a webOS ecosystem, allowing users to run apps and synchronize data with webOS software on Windows computers.

We’ll probably learn more about the company’s strategy closer to the tablet’s launch next month.