Huawei’s new flagship phones are oozing with modern styling including slim bezels and a notch for the front-facing camera. But it’s the cameras on the back that really makes the Huawei P20 Pro stand out.

This is the first phones to feature 3 rear cameras rather than one or two. And that’s just part of what makes the camera system special. 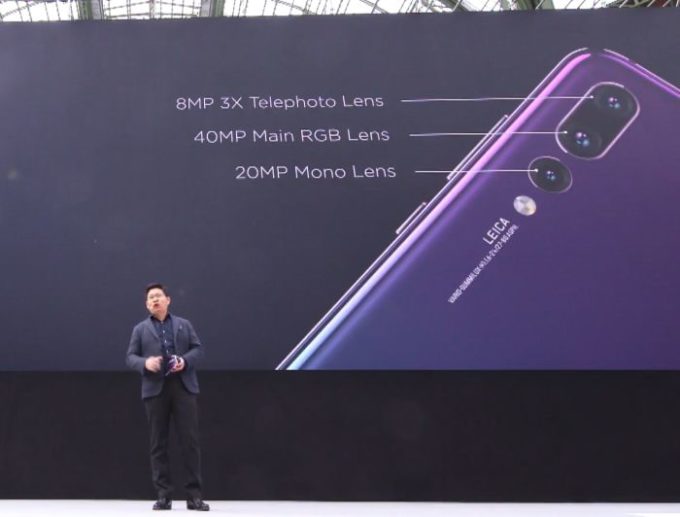 As expected, the Huawei P20 Pro has a Leica camera system consisting of:

Between those cameras, you can shoot high-res photos, snap pictures with up to 5X hybrid zoom, and adjust depth effects for blurred backgrounds. There’s also a 4-way autofocus system that uses phase detection, laser, contrast, and depth detection, and a dual-tone LED flash.

Huawei says the phone supports up to ISO 102,400 for low-light photography,  and slow-motion video at up to 960 frames per second at 720p resolution.

There’s also a 24MP front-facing camera with an f/2.0 aperture.

Oh, and if you’re not fond of the notch that the front-facing camera hangs out in, you can camouflage it by painting the screen around the notch black so that it looks like the phone has a normal bezel, thanks to a software toggle.

If you’re willing to settle for dual cameras, the non-pro version of the Huawei P20 features the same processor and a similar design. But it has slightly less exciting specs, including:

The Huawei P20 sells for €649 in Europe, and the P20 Pro is priced at €899. There are currently no plans to sell either model in the US… which is disappointing, but not surprising.

One reply on “3-camera phones are here: Huawei launches P20 Pro (and the dual-camera Huawei P20)”