When the original Eve V tablet shipped in 2017, the tablet showed that a PC designed by committee… wasn’t actually such a bad thing. By soliciting input from potential customers when choosing the tablet’s features and design, the folks at Eve Tech put out a pretty decent Windows 10 device aimed at enthusiasts.

Unfortunately the company ran into trouble when it came to shipping and supporting the tablet.

Now Eve says those issues have been resolved, and this year the company began crowdsourcing ideas for a second-gen tablet. Now the winning design has been revealed. Meet the Eve V Gen 2. 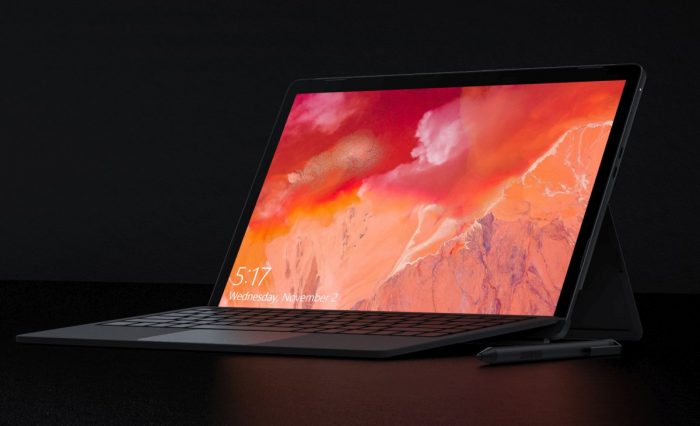 The new model has a bigger display, a slimmer bezel, and a faster processor. The latest model is also actively cooled, which allows that processor to run at higher speeds, but users can disable the fan for silent operating if they’re willing to sacrifice some performance.

Here’s a run-down of some key details:

Eve isn’t quite done asking the community to help decide which features to offer. Key questions that remain left to answer are:

After those decisions have been made, the team hopes to announce a price and begin selling the Eve V Gen 2 in late November or early December.

5 replies on “2nd-gen Eve V is a 13.4 inch tablet with an Intel Tiger Lake processor”