Motorola’s Moto X smartphone is now available from budget mobile carrier Republic Wireless. When you pay $299 up front for the phone you can use it to make calls and surf the web for as little as $5 per month.

Of course, that plan is pretty limited — you’ll only be able to make calls or access the internet over WiFi. But plans with unlimited cellular talk and text start at just $10 per month, and mobile data plans start at $25 per month. 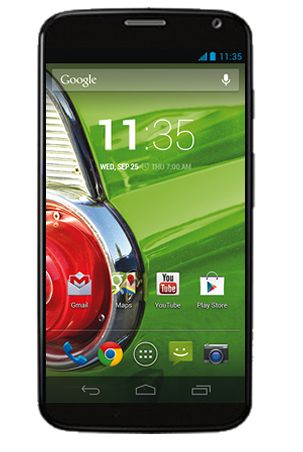 Republic Wireless charges a lot less than the competition because the company leans heavily on WiFi no matter which plan you sign up for. Whenever you’re near a WiFi hotspot your phone will switch to that network not only for data, but also for phone calls. If you’re in the middle of a call over WiFi and you move out of range of your hotspot, it’ll automatically transition to a cellular connection without hanging up.

The company relies on Sprint’s network to provide 3G and 4G data plans, so if you don’t have strong Sprint service in your area, Republic Wireless might not be the best option — but if you spend most of your time using your phone at home or the office, the company’s plans can save a lot of money.

Or you could buy an even cheaper Motorola Moto G once that $179 phone becomes available, and use it with an MVNO such as Straight Talk.

The Moto X is a more powerful phone, with a faster processor, more storage, and touchless controls. But the Republic Wireless is also tied to a single network and if you attempt to root or unlock the device it won’t work with Republic Wireless service anymore.

Still, Republic Wireless is selling the Moto X for a better price than any other carrier, and it’s tough to beat the network’s talk, text, and data prices… if they work for you.