There’s mounting evidence that Asus plans to launch its first 8 inch Windows tablet soon, and it looks like the company is taking a page out of Dell’s playbook. The upcoming Asus VivoTab Note 8 appears to be a tablet with an 8 inch screen, an Intel Atom Bay Trail processor, and support for pen input.

It’s expected to launch soon for around $299, which makes it a pretty close match for the Dell Venue 8 Pro in terms of price, size, and most other specs. 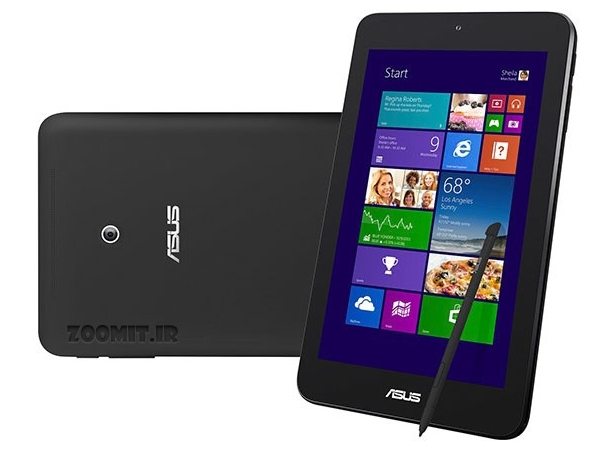 Asus already offers a popular 10 inch Windows tablet called the Transformer Book T100. It sells for around $399 or less and works as a standalone tablet or as a small notebook thanks to the included keyboard dock.

This week evidence of a new 8 inch model called the M80TA surfaced, and that prompted the folks at Mobile Geeks to do a little more digging. What they found is that the new tablet isn’t a Transformer Book at all, but a new model called a VivoTab Note. It’s tablet with an active digitizer and support for pen input for writing or drawing.

The tablet showed up alongside a number of other Windows tablets in a presentation from business software company SAP. The Asus VivoTab Note 8 M80TA is also mentioned on the Asus website, where it’s listed as one of the tablets supported by the company’s TransKeyboard wireless keyboard.

Altogether, they paint a picture of an 8 inch Windows tablet with an Intel Atom Z3740 Bay Trail processor, 2GB of RAM, up to 64GB of storage, Office 2013 Home & Student, and support for pen input. According to Mobile Geeks, the tablet will have a 15Whr battery, front and rear cameras, stereo speakers, WiFi, Bluetooth, and GPS, and a 1280 x 800 pixel display.

Update: We have some better pictures, courtesy of ZoomIt.