A new tablet called the Spark is on the way. At first glance it looks like most of the cheap Chinese tablets we’ve seen in the past few years, but the Spark won’t run Google Android. Instead it will run an open source Linux-based operating system with the KDE Plasma Active interface running on top. 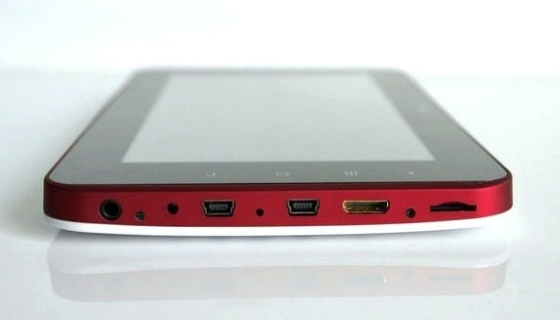 KDE Plasma Active team member Aaron Seigo unveiled the tablet on his website this weekend. It features a 1 GHz AMLogic CPU with Mali 400 graphics and a 7 inch capacitive multitouch display. The tablet has 512MB of RAM, 4GB of storage and a microSD card slot.

Update: The Spark is expected to ship in May, 2012. Pre-orders will begin in early February.

It’s certainly not the most powerful tablet to hit the scene. We’ve seen plenty of devices with more memory or storage or faster processors. But the tablet’s software is what sets it apart.

While Google tends to release the source code for most new versions of Android, the software is developed behind closed doors and released to the public only after Google decides it’s ready. Google doesn’t accept community contributions to the code and the company didn’t release the source for Android 3.0 until Android 4.0 was already ready to go.

KDE Plasma Active is a community driven free software platform. For folks that aren’t interested in developing software, the development team is working to make the tablet as usable as possible. There will be a content store that allows users to download free or paid apps as well as digital books from Project Gutenberg.

Primarily though, I expect the Spark tablet and future devices based on this platform to appeal primarily to open source and free software enthusiasts — at least initially.

The Plasma Active development team has been working on tablet-friendly software for a while. We got a first look at a touch-friendly version of the software last April, and by October the team was showing off a pretty functional demo of Plasma Active on tablet hardware.

Update: Post updated to reflect the fact that Google did release the source code for Android 3.0, but not until Android 4.0 was also available.