As expected, Xiaomi has unveiled its first Windows tablet powered by an ARM processor. The Xiaomi Book S features a 12.35 inch, 2560 x 1600 pixel LCD display and support for a detachable keyboard, and pressure-sensitive pen input.

Powered by a Qualcomm Snapdragon 8cx Gen 2 chip, the tablet should offer similar performance to the late 2020 version of the Microsoft Surface Pro X, which has a slightly modified version of the same processor. 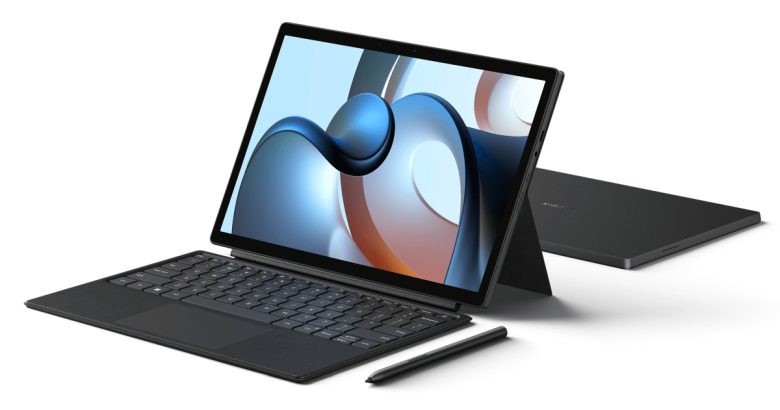 The Snapdragon 8cx Gen 2 is a 7nm chip with 8 Kryo 495 CPU cores at up to 2.84 GHz, Adreno 680 graphics, and a Qualcomm Spectra 390 image signal processor and Hexagon 690 display signal processor, among other things.

While the chip is a few years old at this point, it’s still one of the most powerful Qualcomm processors around, having been designed for Windows laptops and tablets rather than smartphones and other mobile devices. That said, it’s starting to show its age in a few respects: it supports Bluetooth 5.1 and WiFi 5, for example, but not the newer WiFi 6 or 6E standards.

Xiaomi says the tablet supports up to 13.4 hours of battery life (take with a grain of salt, since the battery capacity hasn’t been revealed), and comes with a 65W GaN fast charger.

There’s a set of pogo pins on the bottom of the tablet for connecting to the detachable keyboard, and the tablet works with an optional Xiaomi Smart Pen which is sold separately. The pen supports 4096 levels of pressure sensitivity and has a 240 Hz touch sampling rate. The company says the pen’s battery is good for up to 8 hours of continuous usage, and takes just 18 minutes to fully recharge. Just need to jot down a few thoughts when the battery gives out? Charge it for one minute and you should get another 20 minutes of usage.