If you’ve been waiting for more news about the OSOM OV1 smartphone, there’s good news and bad news. The good news is that it’s coming soon. The bad news is that it won’t quite what OSOM had originally promised.

Instead of a smartphone running privacy-first, Android-based software developed by some of the folks behind the Essential PH-1, the first phone designed by OSOM is being rebranded as the Solana Saga through a partnership with Solana… the blockchain company behind the SOL cryptocurrency.

OSOM, which is a startup founded by former Essential employees, had originally positioned itself as a hardware and software company. But it looks like they’re essentially pivoting to hardware and working with other companies to actually bring their phones to market.

In this case that means the first phone designed by OSOM will ship with Android. But instead of software developed in-house by OSOM, it will ship with the Solana Mobile Stack, which Solana describes as “a framework for Android allowing developers to create rich mobile experiences for wallets and apps on Solana and create a ‘Secure Element’ for private key management.”

In other words, it’s a crypto phone. Solana’s press release is full of buzzwords like “web3,” “blockchain,” and “NFTs.” And that’s a shame for folks who have no interest in any of those things, because it honestly looks like pretty nice hardware.

OSOM and Solana have revealed the full specs for the phone: 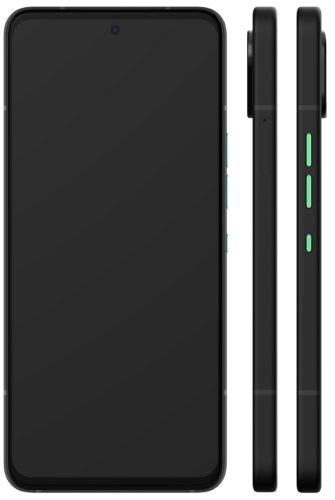 Solana says the Saga will ship in the first quarter of 2023 in the US, Canada, the EU, and the UK. It will sell for $1,000, but folks who are interested can place a (refundable) deposit of $100 to reserve one now. The only catch? You’ll need to pay in SOL using a Solana wallet.

via 9to5Google, The Verge, and Droid Life