Last year Microsoft announced plans to develop a game streaming device that would allow you to play games on any screen without buying a full-fledged console or gaming PC. All you’d need is an internet connection and a game controller. But in May we learned that Microsoft may have discontinued work on that device… instead shifting its focus to bringing Xbox Cloud Gaming to existing media streaming platforms.

Today the company revealed that one of those platforms will be Samsung’s Smart TVs. Starting June 30th, Xbox Game Pass Ultimate subscribers will be able to pair a game controller with a Samsung TV and stream more than 100 titles over the internet, no console required. And no need for a separate streaming dongle or box. 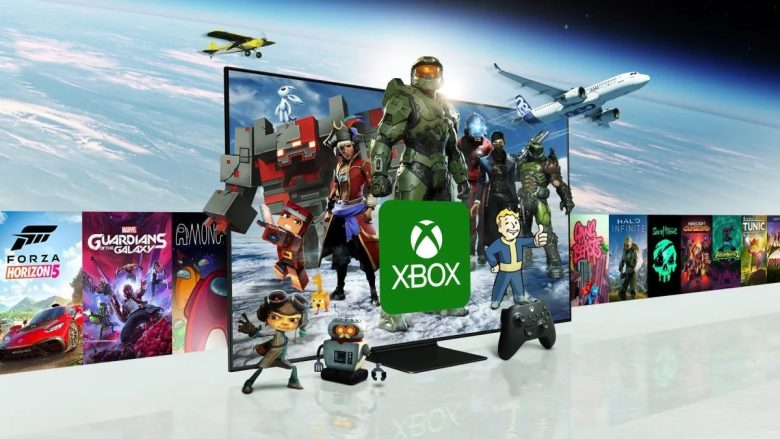 In other recent tech news from around the web, Facebook parent company Meta has apparently scrapped a smartwatch it had been working on for at least two years, and the company is scaling back its ambitions for its Portal line of smart display/video calling devices. Xiaomi may have a Microsoft Surface X competitors (a Windows tablet with a Qualcomm Snapdragon processor). Apple may be expanding the MacBook Air lineup with a new model sporting a 15 inch display. And Microsoft accidentally told folks with older PCs that don’t officially support Windows 11 that they can upgrade to the Windows 11 22H2 release candidate that’s rolling out to Windows Insiders this week.

Here’s a roundup of recent news.

Microsoft is bringing Xbox cloud gaming to Samsung Smart TVs for streaming without a console and adding the ability for Xbox Game Pass Ultimate subscribers to stream select titles they’ve already bought even if they’re not in the Game Pass library. https://t.co/u3OmXdy04Y pic.twitter.com/aJ7nQ7d0cX

Meta has allegedly scrapped plans to release a smartwatch with two built-in cameras after at least 2 years of development. @business has pictures of a prototype and says Facebook’s parent company is still working on other wrist devices. https://t.co/FoXtmkJNNm

Microsoft released Windows 11 22H2 to Windows Insiders on the release preview channel this week. But some Win10 users with PCs that don’t meet the minimum specs for Win11 were also offered the upgrade. MS says it’s a bug though. https://t.co/YehbOOXxf9

The latest Windows 11 dev channel preview build brings tabs to File Explorer and an update to the left-pane navigation, and optional support for dynamic widgets content on the taskbar (including sports, finance, and breaking news alerts). https://t.co/iPOdYIz2hw pic.twitter.com/74fyEbE2vQ

The upcoming Xiaomi Book S appears to be a 12.4 inch 2-in-1 tablet with a detachable keyboard, and rumor has it that it will be a Windows 11 device powered by a Qualcomm Snapdragon 8cx Gen 2 processor. https://t.co/uRF6rIt8nU

Intel has quietly launched 6 new Atom C-series chips which are 10nm processors with 4 to 8 Efficient CPU cores, no hyperthreading, and 32-50W TDP. Designed for edge networking rather than home use, they support up to 256GB RAM. https://t.co/PzdXBnK7oB

Google is killing SafetyNet, a set of services APIs meant to protect Android apps from security threats, but which also keeps rooted devices from using banking or some video apps. But it will be replaced with Play Integrity for even stricter security. https://t.co/oOR91uq25n

With the current @ManjaroLinuxARM #Phosh images for #Pinephone and #PinephonePro we added initial #gesture support to the UI. We also switched most components to #Gnome 42 stack. Give it a try: https://t.co/Ls0XXcyCi9 pic.twitter.com/kvguM5nahC