The lines between Apple’s desktop and mobile operating systems continues to get blurrier. These days you can run iOS apps on a Mac, and soon you’ll be able to use an iPad for some heavy-duty multitasking.

Apple has announced that iPadOS 16 will bring a new Stage Manager feature that allows you to more easily view multiple apps at once, as well as full support for external displays, allowing you to view up to 8 apps at once (four on the iPad and four on an external monitor). 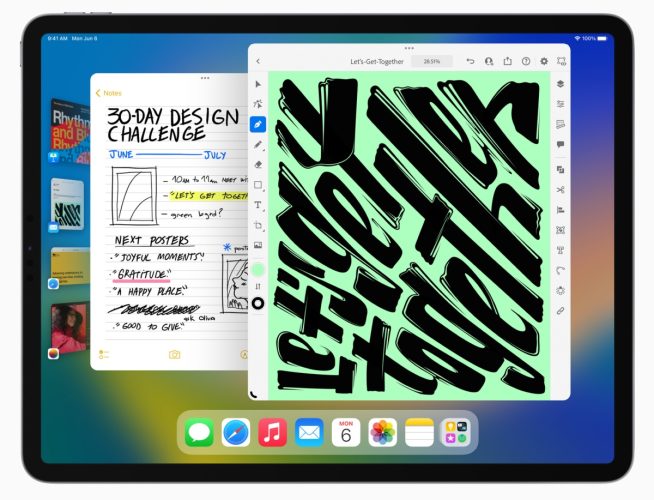 While older versions of iPadOS allowed you to view two apps in a split screen, Stage Manager allows you to view multiple applications in differently-sized windows that can overlap with one another.

Stage Manager, which is also coming to the next version of macOS, code-named “Ventura,” is designed to automatically organize running apps by putting the one that’s in focus in the center of the screen and arranging the others to the left. On a Mac, that means you see a set of thumbnails that you can click to switch between applications. On an iPad, you get something that looks a bit more like a carousel, with the app you’re currently using in the center, and other apps on the left, arranged in order of recency. 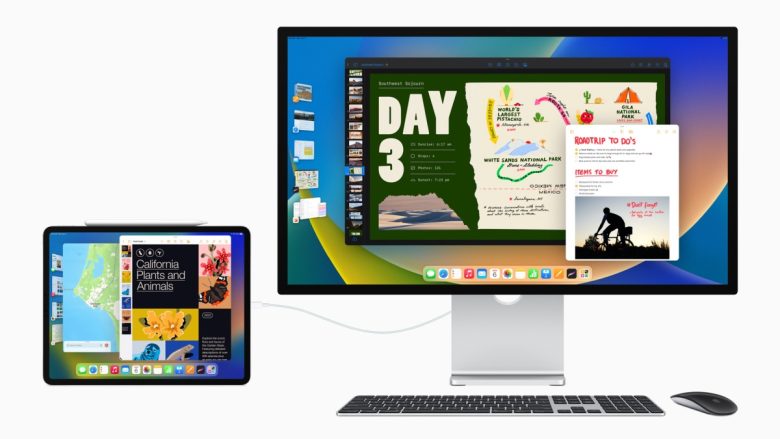 You can then drag and drop a window from the side or open windows from the dock.

Apple says that Stage Manager requires an iPad Air or iPad Pro with an M1 processor though, so if you want to MacBook-like multitasking on an iPad, you’re going to need to buy a model with the most MacBook-like processor.

Other new features coming to iPadOS 16 include a real-time collaboration app called Freeform, the ability to cancel delivery of messages or schedule email in the Mail app, support for sharing tab groups from the Safari web browser with friends or colleagues, a tablet version of Apple’s weather app (which has been inexplicably iPhone-only until now), and updates for many other apps and features.

You can find more details in Apple’s announcement.

Apple says public betas of iPadOS 16, along with iOS 16, watchOS 9, and macOS Ventura, will be available in July.