But perhaps the most unusual thing about the Anbernic RG353P is that it’s a dual-boot system that ships with both Android and Linux software. The RG353P goes up for pre-order June 18th, with prices starting at $130. 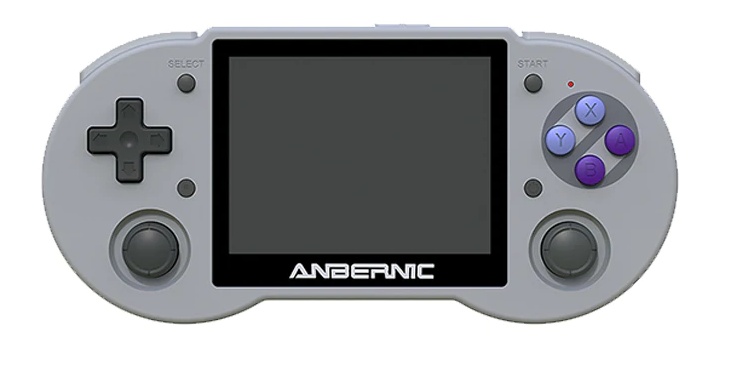 The little device has 32GB of eMMC 5.1 storage that comes with Android 11 pre-installed. But the system also comes with a 16GB microSD card that’s loaded with a Linux-based operating system designed for running emulators.

While Anbernic says the system should be able to handle Nintendo64 and PlayStation Portable emulation, among other things, at least one independent reviewer suggests it’s probably better suited for emulating PlayStation 1 and earlier systems.

The Anbernic RG353P has 2GB of LPDDR4X RAM and two microSD card readers (one for the bootable Linux distro and a second for up to 512GB of removable storage), support for WiFi 5 and Bluetooth 4.2, stereo speakers, and a 3,500 mAh battery that the company says provides up to 6 hours of battery life.

And while the Anbergnic RG353P looks like a game console designed in the 1990s, it has most of the buttons you’d expect from a modern system including dual analog sticks, a D-Pad, four shoulder buttons, four action buttons, and start and select buttons.