My first cellphone was a Nokia handset that I only had to charge once every week or two. But all I really used it for was making phone calls and occasionally playing a game of snake on a tiny screen.

Modern smartphones do a whole lot more, but they also consume far more power. And that means you usually have to charge the battery every day or two. Chinese phone maker Oukitel is bucking that trend by launching a smartphone with up to a week of battery life thanks to… a gigantic battery.

Designed for outdoor use, the phone has a rugged case that’s rated IP68/IP69 for dust and water resistance and features MIL-STD-810G certification. The Oukitel WP19 also has an unusual camera system that bundles a 64MP primary camera with a 2MP macro camera and a 20MP Sony Night Vision IR camera. There’s also a 16MP front-facing camera.

But the phone’s most unusual feature? It has a 21,000 mAh battery that Oukitel says provides up to:

Assuming those figures are even remotely accurate, and assuming real-world usage consists of a mix of standby and active use, and it seems reasonable to think that the phone really should be able to go a week or so between charges.

When it’s time to refuel, Oukitel says the phone supports 27W fast charging, which means it takes about 4 hours to take the battery from 0 to 100 percent capacity. 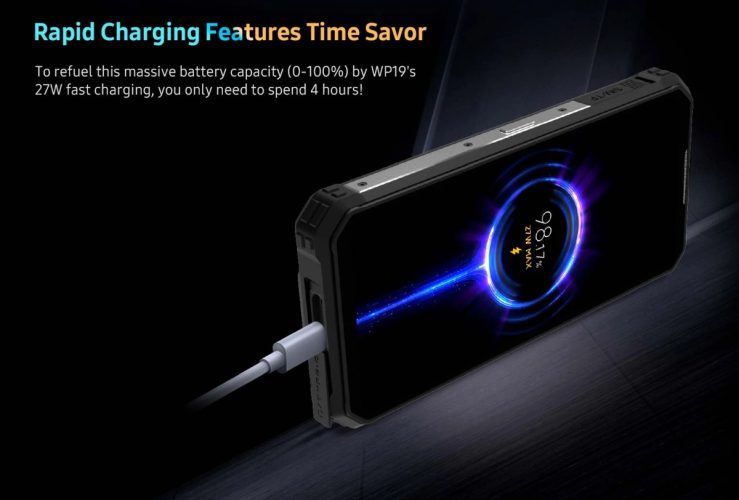 While the phone is already available from AliExpress for $600, Oukitel says the phone is expected to launch globally in June.

There are a few things to keep in mind before pulling out your wallet though. The first is that I haven’t seen any mention of just how thick this phone is or how much it weighs. But I don’t expect it to be nearly as comfortable to slide into a pocket as a typical phone. 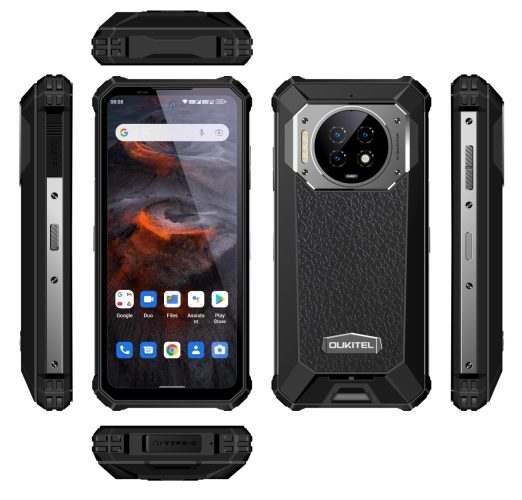 The second is that Oukitel’s phones tend to have limited support for North American cellular networks. According to the AliExpress listing, the phone will support the following bands:

But whether this is a device that you’d actually find useful as a phone or not, it’s always interesting to see that it’s at least possible to build a modern phone with a battery that doesn’t need to be charged daily… if you’re willing to carry around a massive power bank that also happens to do double duty as a phone.