The developers of the /e/OS operating system have been offering an Android-based operating system stripped of Google’s proprietary apps and services for five years. For the past few years you’ve even been able to buy phones that come with /e/OS pre-installed, first in Europe, and more recently in North America.

But up until recently that meant buying a third-party phone that had had its default software replaced with this “deGoogled” Android. Now you the e Foundation has launched a first-party phone called the Murena One. 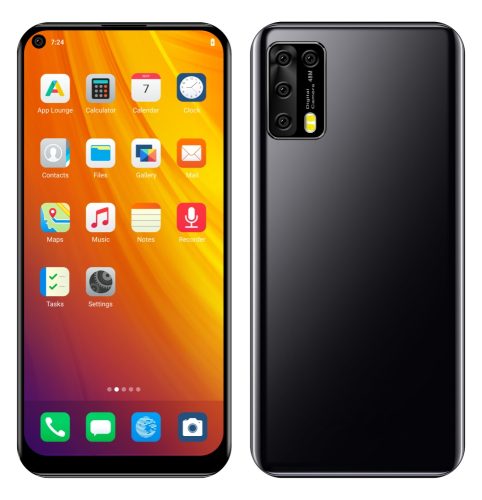 Like all of the phones the e Foundation sells, the Murena One ships without the Google play Store, Gmail, Google Chrome, Google Maps, Google Search, or any of the other proprietary software that comes with most Android phones sold in countries other than China.

On the one hand, that could make the phones a bit less useful for some users. But it also makes them much better suited for folks who value privacy. Google makes most of its money from advertising, and a big part of that comes in the form of tracking software that monitors user behavior.

Some folks may choose to opt out of that tracking altogether by using a Linux phone… but mobile Linux is still very much a work in progress and only a handful of phones come pre-loaded with Linux software. A deGoogled Android phone offers the advantages of a robust, open source operating system that’s very similar to the software that already ships on billions of devices. And most Android apps will work on an /e/OS device, including many that normally rely on Google Mobile services, thanks to the use of microG.

That said, the Murena One clearly isn’t the phone for people who want the fastest processor, the most RAM, or the best cameras. It’s a decidedly mid-range device with a MediaTek Helio P60 processor, just 4GB of RAM, and an FHD+ LCD display. And unlike some phones aimed at enthusiasts, it doesn’t have a user replaceable battery… although it does have a microSD card reader and headset jack.

Here’s a run-down of key specs for the Murena One:

According to the e Foundation, the Murena One is carrier unlocked, comes with a 2-year warranty, and will received software updates and security updates for at least 3 years (with updates typically rolling out every other month).

One thing to keep in mind though, is that in addition to shipping without some of the software that many folks typically associate with Android phones, the Murena One ships with what’s essentially a fork of a fork of Android. The /e/OS software is based on LineageOS, an operating system that’s forked from Google’s Android Open Source Project code. In this case, the phone is shipping with the latest version of /e/OS, but that’s based on Android 10, which is a rather old version of Google’s operating system. Most modern phones ship with Android 12, while Google is preparing to release Android 13 later this year.

If you want a sense of what the Murena One can and cannot do, The Verge has a hands-on.