The developers of Manjaro Linux began partnering with PC makers earlier this year to offer mini PCs that come with the open source operating system pre-installed. So far we’ve seen Manjaro versions of the MINISFORUM UM700 and Beelink SER 4 4800U.

Now Manjaro and MINISFORUM have unveiled the most affordable option to date: the MINISFORUM DeskMini UM350 with Manjaro Linux is available for $299 and up. 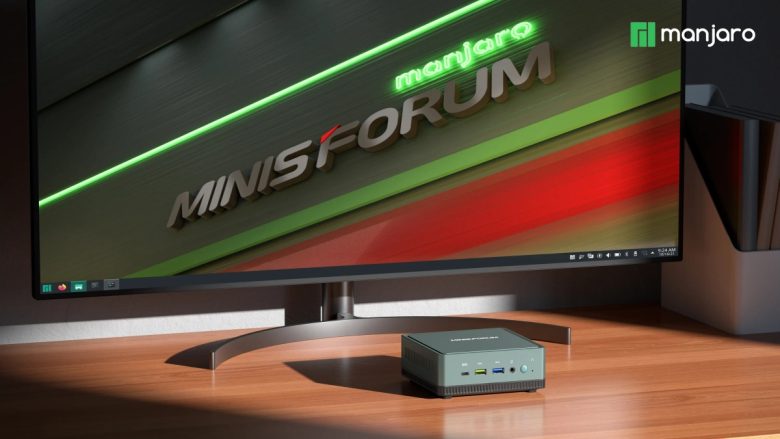 While the computer’s processor is a 2019 chip that’s a few generations old at this point, it’s still  competitive with some of the newer low-cost processors you’re likely to find in budget computers, although a bit less power efficient, with a 35 watt TDP.

The computer’s $299 starting price is for a semi-barebones model that comes with a 256GB SSD pre-loaded with Manjaro Plasma Edition software, but without any RAM. The MINISFORUM Store lets you configure the computer with up to 16GB of RAM and 512GB of storage if you’re willing to pay a bit extra. Or you can perform your own upgrades at home.

In addition to the Manjaro operating system, the computer comes with a number of applications pre-installed including the Firefox and Vivaldi web browsers, LibreOffice, VLC Media Player, and some proprietary software including Steam and Skype.

Crossover One also comes pre-installed for the first 1,000 customers, allowing you to run some Windows apps and games on Linux, although it’s worth noting that this the entry-level version of CrossOver which doesn’t include support for software updates, so you’ll need to pay if you want future versions of the software (or you could just switch to the free and open source WINE, which is what CrossOver is based on).