Computer display standards organization VESA has announced a new open standard and logo certification program for PC monitors and laptop displays with variable refresh rates. Yet another new mini PC with a Rockchip RK3566 processor and Ubuntu software is available, this time with prices starting at just $89. And a new version of the Sxmo user interface for mobile Linux distributions has been released with support for device profiles, improved Bluetooth support, and other improvements.

But perhaps the coolest thing I’ve seen on the internet today? A hacker found a way to turn an $8 Fisher Price toy that looks like a game controller into a functional controller that you can actually use to play games. It’s ridiculously impractical, but kind of glorious – especially since the hacked controller still plays songs and makes weird noises as you press buttons. 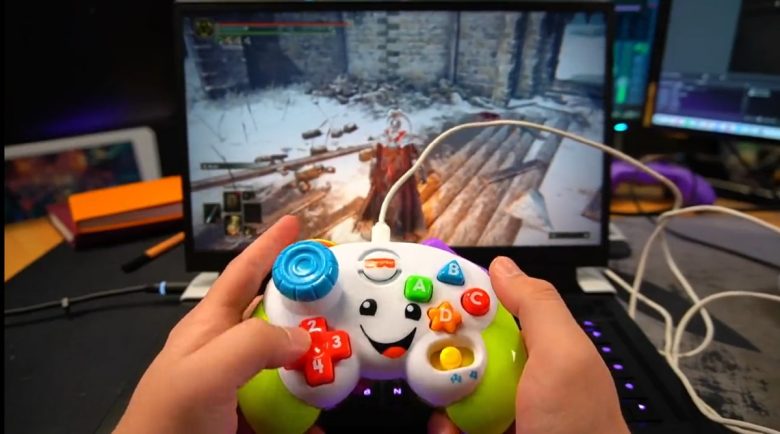 Hacker turns a Fisher Price toy that looks like a game controller into a fully functional controller that makes ridiculous sounds while you play Elder Ring (or anything else) with an Arduino Pro Micro clone, joystick, and microswitches. https://t.co/N0KTd0uEkj

See it in action here:

and thanks to @Wario64 for the off-hand joke that inspired me to make this happen 😂 pic.twitter.com/3OETvcsEsI

VESA introduces ActiveSync and MediaSync standards and certification/logo program for monitors that meet certain variable refresh rate standards. Could be simpler to understand than NVIDIA G-Sync or AMD FreeSync… which probably aren’t going away. https://t.co/hUlhhnE1VP

Congratulations to the #sxmo team for getting 1.9.0 out! 🎉

Among other things, device profiles were enhanced for #pinenote, #pinetab, poco f1, etc.https://t.co/Fo1uxd2BvF