Fortnite was famously booted from the App Store and Google Play Store a few years ago when Epic Games intentionally flouted Apple and Google’s rules in order to kick off a legal challenge. While it’s still fairly easy to install Fortnite on an Android phone by sideloading it, the game has only recently returned to iOS… thanks to game streaming.

Earlier this month Microsoft and Epic announced that you could stream Fortnite to an iPhone or just about any other device with a web browser thanks to Xbox Cloud Gaming. Now NVIDIA has announced that it’s GeForce NOW game streaming service also supports Fortnite, presenting another option for streaming the game to iPhones, iPads, and other devices. 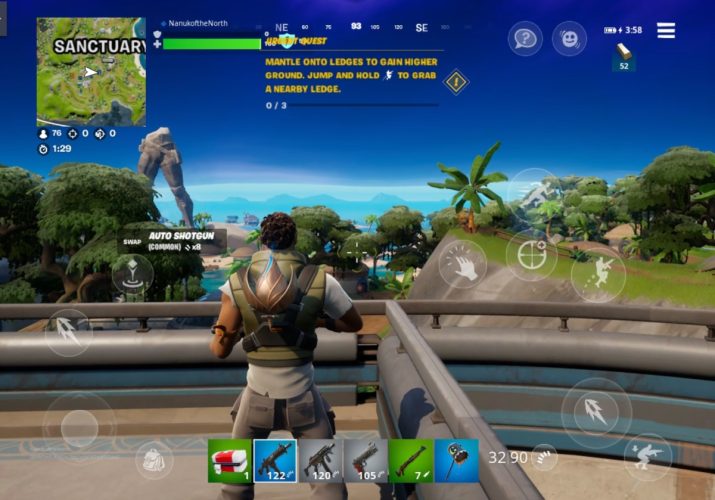 In other recent tech news from around the web, Android 13 will be adding native support for braille displays, despite having a 10.1 inch display, the upcoming GPD Win Max 2 isn’t all that large by mini-laptop standards, and new phones from OnePlus and Motorola.

After launching on Xbox Cloud gaming earlier this month, Fortnite is now available for GeForce NOW members, giving you two options for streaming the game to iOS, Android, or other devices via a web browser. https://t.co/kqqYU66Ct9

Android 13 will include native, out-of-the-box support for braille displays through the operating system’s Talkback screen reader. The feature will roll out in the next Android 13 beta, due in a few weeks. https://t.co/hKUM5olyWG

WHOA The GPD WinMax2 is much smaller than what I drew up. This is crazy surprising!

I know people think a 10.1″ device must be HUGE, but when you place it near a Steam Deck, you can appreciate how small the Win Max 2 actually is.