Intel’s Alder Lake mobile chips are already among the most powerful laptop processors to date. But, as expected, Intel is kicking things up a notch with the introduction of an even higher performance set of laptop chips based on 12th-gen Intel Core architecture.

The new Intel Alder Lake-HX series processors are 55-watt processors with support for up to 16 CPU cores, 24 threads, and support for speeds up to 5 GHz. 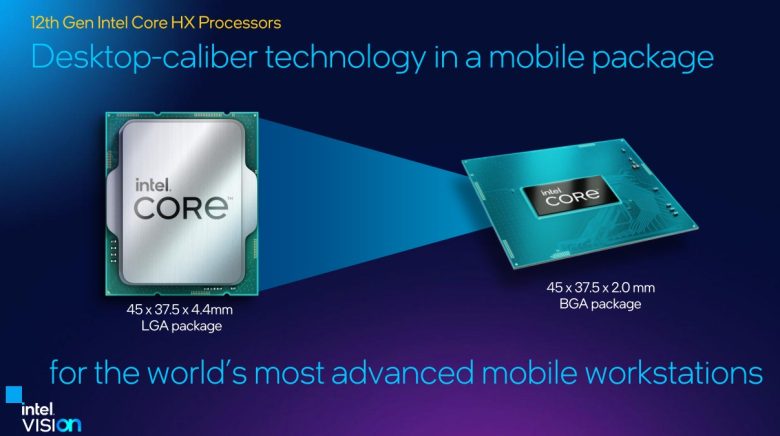 Like all of Intel’s 12th-gen chips, the new processors are based on a hybrid architecture that combines Performance (P) and Efficient (E) CPU cores. What’s new for the HX series is:

In other words, you get more cores and more power directed to CPU performance, but it comes at the expense of integrated graphics. That makes sense though, as you’re unlikely to find a laptop with an Alder Lake-HX chip that doesn’t have discrete graphics, since these chips are designed for high-performance gaming laptops and mobile workstations. 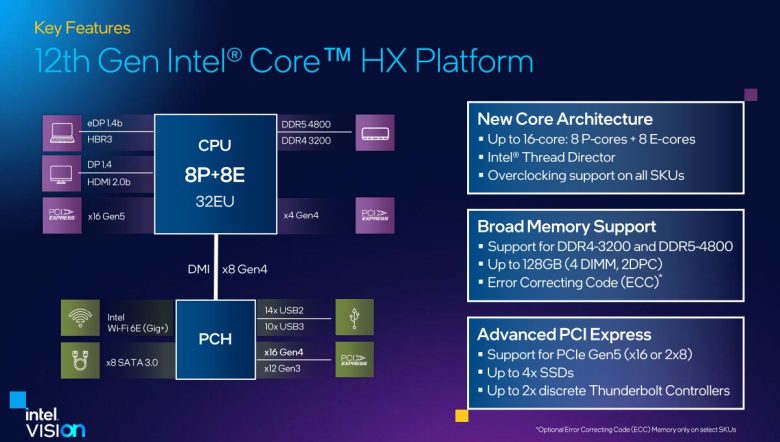 The loss of integrated support for Thunderbolt 4 also means that Thunderbolt will be an optional feature for laptop makers, since they’ll have to add a discrete controller for that functionality. Again, given the target market for these chips, I suspect that we will see Alder Lake-HX laptops with Thunderbolt support, but you can’t take it as a given that if a notebook has one of these new chips that it will also have a Thunderbolt port.

On the bright side, you also get support for PCIe 5.0, although as AnandTech notes, those 16 PCIe Gen 5 lanes are designed for graphics rather than storage. There’s also support for PCIe 4.0 and/or PCIe 3.0 storage though. 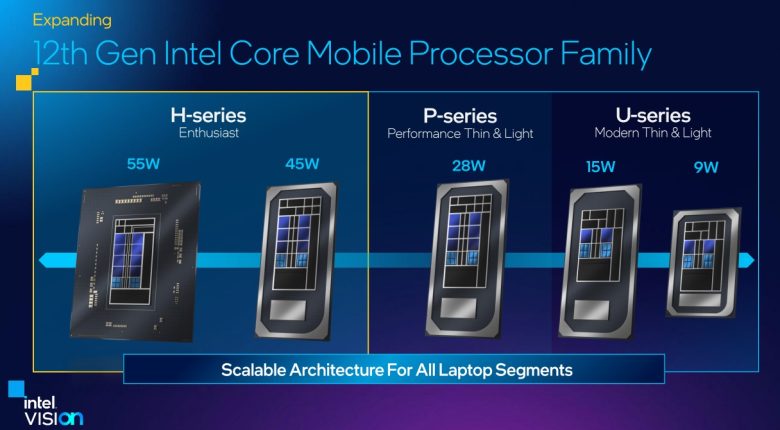 Intel says the new Core HX chips will be the final entries in the 12th-gen Intel Core family before the company moves on to 13th-gen processors. For now, there are 7 different chips in the Alder Lake-HX lineup:

If you’re wondering why some of those chips have virtually identical specs, it’s because models that end in 50HX are aimed at enterprise customers and include Intel vPro features.

Intel says we can expect mobile workstations and gaming laptops powered by the new HX series chips from companies including Asus, Dell, Gigabyte, HP, Lenovo, and MSI in the coming months.