And so is the new HP Elite c645 G2 Chromebook. The difference is that the first model is powered by a 12th-gen Intel processor, while the latter has an AMD Ryzen chip inside. 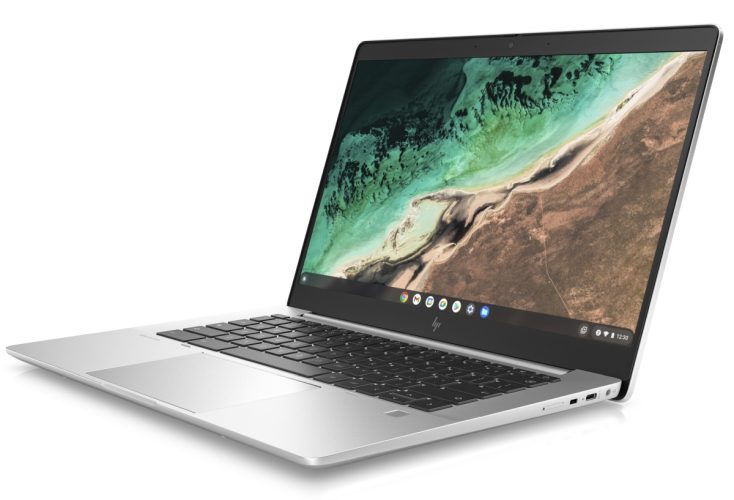 The Intel model is available with Intel Celeron, Pentium, Core i3, Core i5, and Core i7 processor options, while the AMD version comes with unspecified Ryzen 3, 5, or 7 chips.

And while most specs are the same for both models, the Intel version features two Thunderbolt  4 ports. On the AMD versions, the equivalent ports are USB Type-C ports that lack Thunderbolt certification.

Both models also have HDMI 2.0 USB Type-A, and 3.5mm ports plus microSD card readers. Optional security features include a fingerprint sensor, smart card card reader, and HP Sure View Reflect display (which makes it difficult for folks to spy on your display by limiting the viewing angles). There’s also a privacy shutter for the webcam.

Both laptops are available with up to a 1920 x 1080 pixels touchscreen or non-touch display, up to 16GB of LPDDR4x memory (soldered and not user upgradeable), and storage options that include 64GB of eMMC flash storage or a 128GB, 256GB, or 512GB SSD.

The HP Elite c640 G3 Chromebook with Intel processor options is expected to go on sale in mid-May for $509 and up, while the AMD-powered HP Elite c645 G2 will hit the streets in June for $559 and up.

They’ll join the previously announced HP Elite Dragonfly G3 Chromebook, a premium thin, light and powerful model that was expected to launch in April, but which HP now says is coming in early summer 2022 for $1,149 and up.